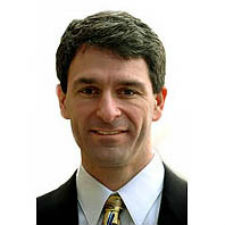 The State Senate is expected to vote today to appoint former Attorney General Ken Cuccinelli to a seat on the Virginia Supreme Court.

Lt. Gov. Ralph Northam was among the first to offer a critical public statement on the expected move.

“This is an embarrassment and affront to the people of Virginia and to the judicial process,” said Northam, a candidate for the 2017 Democratic Party gubernatorial nomination. “Ken Cuccinelli has spent his career as an activist trying to outlaw abortion and birth control, denying science and climate change, and aggressively denigrating and denying our LGBT community of basic rights.

“We constantly hear about supposed efforts to politicize our courts, and I cannot think of a more cynical and obvious attempt to politicize the judicial process than to nominate Ken Cuccinelli to the Supreme Court of Virginia,” Northam said. “And, with just a few days left in Session, making this nomination in the twelfth hour leaves little to no time for the public, the legal community, and other stakeholders to weigh in and discuss this with their legislators.”

“Ken Cuccinelli’s abuse of his office as Attorney General in harassing an established climate scientist at the University of Virginia disqualifies him for a judgeship on Virginia​’s​  Supreme Court,” Besa said. “It would be a travesty if Cuccinelli was appointed to the same court that put an end to his harassment of UVA and climate scientist Michael Mann.”