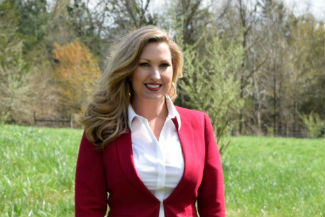 State Sen. David Suetterlein (R-Roanoke County) has endorsed Tina Freitas for the Republican nomination for Senate in the 24th District.

“Tina Freitas will be a faithful and consistent defender of innocent human life and will work to ensure no tax dollars will be allocated for its destruction. She will put our children first by supporting increased education opportunities. She will put the interests of taxpayers ahead of the special interests. She will be a consistent and unwavering vote for the 2nd Amendment rights of all law-abiding Virginians. And, she will stand strong for ratepayers against politically connected corporate electric monopolies.

“I do not expect to agree with Tina on every single vote. But, her honest, issues-based campaign is representative of the kind of principled conservative voice I know she will be in the Senate of Virginia. I hope conservative voters in the 24th Senatorial District will join me in supporting Tina Freitas in the June 11 Republican Primary, and give Virginia a chance at a pro-life, conservative Senate majority in November.”

Suetterlein represents the 19th Senate District, which includes the City of Salem and Floyd County, and portions of Bedford, Carroll, Franklin, Montgomery, Roanoke, and Wythe counties.