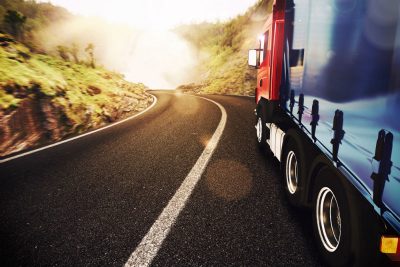 Being a truck driver might not be the most common job in Virginia. But for more than 36,000 Virginians it is how they make a living. As such, moves to test self-driving tractor-trailers on the Commonwealth’s roads could be a harbinger of things to come.

According to reports, a partnership between Torc Robotics and Daimler Trucks has asked for approval to test its self-driving vehicles on open roads in Southwestern Virginia. While these trucks will use level 4 autonomous driving technology and will still require drivers even though much of the vehicle’s operations, approval to drive on public roads signals how the technology is moving beyond the lab and may soon the entire logistics industry.

Granted, technological advancement is not always a bad thing. However, the introduction of self-driving commercial vehicles could have potentially catastrophic impacts on those who drive for a living.

There are several reasons for this. First, even though “self-driving” cars will still require drivers, the fact that autonomous software is doing most of the work and this could potentially deflate driver salaries, thereby hurting their earning potential over the long run.

Second, self-driving vehicle technology and this will eventually end with the wholesale replacement of truck drivers. But the job losses wouldn’t end there as some of the people who provide services to the drivers, especially long-haul drivers,  would be out of work as well.

Third, the displacement would also push several small businesses out of the industry, many of who have between one to three trucks and might have a hard time competing with automated competition in terms of cost and level of service.

However, many of these businesses are already struggling to compete – not just in finding customers but also in getting financing for new acquisitions. Many of these firms are not big enough for in house semi truck financing, and as such, they will need a service provider such as Capital First Financing which provides “commercial vehicle financing [for owners] with and bad credit”.

Unfortunately, it is not always so easy even today for these small businesses to get the funding they need to grow as such the increased cost and competition from autonomous vehicles may push these business owners of the industry altogether.

This is not to say that self-driving vehicles are inherently bad. The technology could free many of us from the drudgery of commuting and sitting in traffic and these vehicles should be safer to operate. However, the transition period will be where people see the most economic harm and drivers remain conflicted.

Granted, the current proposals are just for tests on public roads, but this technology will inevitably reach a point where it is deemed ready for the market. While it’s too early to say when this will happen, the reality is that the answer is sooner rather than later.

Waymo, a subsidiary of Google, is already running a fleet of self-driving taxis in Phoenix, Arizona. While the area of operations is currently “geo-fenced”, meaning it is only provided in limited areas, the goal is to expand the service and then look for ways to move it across the country.

This sort of disruption could go beyond truck drivers to include taxi drivers, delivery drivers, and even couriers. As such, it is time for businesses, communities, and ultimately the government in Richmond and Washington to come to a consensus on how to deal with these changes.

This is not a choice between embracing technology while ignoring the potential consequences, and Luddism. Instead, it is an opportunity to find a way to integrate technology while helping communities to thrive.

Doing so would change the winner takes all dynamic of our economy by helping working Virginians to make ends meet. The goal would be to empower people to make choices that would better benefit them.

For example, even if a small trucking operator needs to compete against self-driving trucks are can they can lease autonomous vehicles themselves and for their existing drivers are there value-added services they can offer to the market. Both options would help to lessen the disruption.

In conclusion, self-driving trucks are coming to our roads and while this is development is inevitable, steps that need to be taken to help hard-working Virginians through the transition. The goal shouldn’t be more regulation or more taxes but rather find ways to help people through this period of uncertainty that will hopefully end up with more opportunities for everyone.