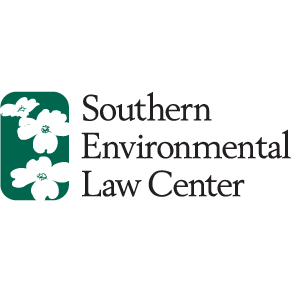 The Southern Environmental Law Center, on behalf of Sierra Club, Defenders of Wildlife, and Virginia Wilderness Committee, filed legal challenges today in the U.S. Court of Appeals for the Fourth Circuit to new permits for the Atlantic Coast Pipeline issued by the National Park Service and the U.S. Fish and Wildlife Service last week.

After the Fourth Circuit struck down its permit for the pipeline, the National Park Service quickly reissued a nearly identical permit with no changes to the project. The U.S. Fish and Wildlife Service reauthorized the pipeline despite new data confirming that it would put critically endangered species in jeopardy of extinction.

“These agencies again ignored the law in their rush to give the Atlantic Coast Pipeline the approvals it wanted,” said SELC attorney DJ Gerken. “These agencies work for the public, not the developers of an unnecessary pipeline even two FERC Commissioners concluded is not in the public interest.”

“The agencies responsible for protections should be prioritizing a real review of the Atlantic Coast Pipeline, not abandoning a critical process to help developers,” said Jason Rylander, senior attorney at Defenders of Wildlife. “There is no justification for this unnecessary and dangerous project.”

“By turning a blind eye to the research that shows the Atlantic Coast Pipeline jeopardizes Virginia’s rivers, forests, plants, and animals, the National Park Service and the Fish and Wildlife Services are endangering our communities,” said Mark Miller, Executive Director of the Virginia Wilderness Committee. “We will fight to ensure our state’s natural resources are afforded the protections they deserve.”

“Letting polluting corporations build the ACP without considering the latest endangered species data is like letting a doctor operate without the diagnosis,” said Joan Walker, Senior Campaign Representative for the Sierra Club’s Beyond Dirty Fuels campaign. “The National Park Service has already said in official comments that the ACP’s route is inconsistent with its objectives to preserve the beauty of the Blue Ridge Parkway. If they don’t know what the effects of this fracked gas pipeline will be, they shouldn’t be allowed to build it.”