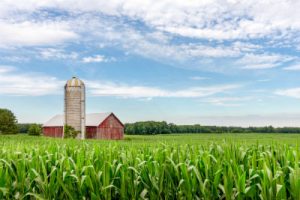 The pursuit of tastes and textures from the past has many Virginians clamoring for unique, old-time heirloom vegetable varieties, made possible by the dedication of heirloom seed savers.

“Heirloom” produce is loosely defined, though its varieties are distinctive.

“An heirloom doesn’t have to be very, very old, but it has to have been grown long enough ago to be a stabilized variety that has demonstrated its identity and value,” said Ira Wallace of Southern Exposure Seed Exchange in Louisa County. Its network of seed growers offer more than 700 varieties of seeds, specializing in heirlooms that perform well in the region.

“Traditionally, heirlooms have been maintained for 50 or more years by a family or community, though there are exceptions,” Wallace continued. “Many modern heirlooms were originally commercial varieties dropped from the seed trade, but have been saved by gardeners and passed on through the years since.”

While beginner seed savers can learn techniques online, seed packets are affordable enough for home gardeners to attempt their own heirloom gardens.

“Radicchio is a specialty item that restaurants want,” Bryant said. “Deer Tongue has been around forever. It’s a sweet lettuce with the texture and firmness of spinach. And the Tennis-Ball Batavian is an heirloom variety from Monticello.”

“Heirloom rutabagas are new to us this year,” he continued. “They are closely related to turnips but have a different flavor.”

Typical tomato hybrids are bred to be picked green and gas-ripened for commercial growing and shipping, so they’re intact when stocked in grocery stores.

Those hybrids have improved, Bryant said. “But heirlooms still have it over modern hybrids. And now to some degree, with the resurgence of farmers markets and local produce, there is certainly a segment of the population that wants an heirloom flavor.”

For Bryant, the taste and texture of heirloom tomatoes is iterated in Cherokee Purples. They grew in rows beside Brandywines, Rutgers and Mortgage Lifters on his farm.

“Their pepperiness—it’s what people say a tomato is supposed to taste like.”