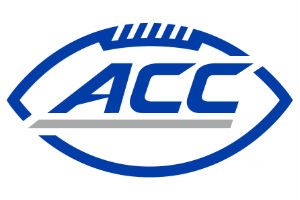 On the good news side, 10 conference teams concluded the year bowl-eligible. The bad side-It still appears as though the ACC is still a conference of mediocrity, with most teams hovering around break-even mark in conference play with a lot of 4-4 marks, save Clemson.

Virginia and Virginia Tech both had strong league finishes to give the conference respectability at the top-tier, but a slew of other teams all finished with 4-4 league marks, which sort of defined the ACC in 2019.

Here’s my look at how the ACC unfolded this season.

1. Clemson (12-0, 8-0) After a mid-season scare at North Carolina the Tigers have devoured the remainder of their schedule. Clemson is riding a 27-game winning streak, and are a 20-point favorite over Virginia in Saturday’s ACC Championship game.
2. Virginia (9-3, 6-2) The Cavaliers either led or were tied for the Coastal lead from wire-to-wire, yet Virginia needed a win over in-state rival Virginia Tech to claim the division title. Virginia concluded the regular season on a four-game winning streak with a dynamic offense led by dual-threat quarterback Bryce Perkins.
3. Virginia Tech (8-4, 5-3) The Hokies recovered from a sluggish start that included a drubbing in Lane Stadium by Duke. A change in signal-caller helped jumpstart Tech’s season that left them just outside the ACC Championship Game. Now the concern in Blacksburg is the possibility of head coach Justin Fuente bolting to Arkansas.
4. Louisville (7-5, 5-3) The Cardinals bounced back from a horrible two-win 2018 season. First year coach Scott Satterwhite seemed to rejuvenate the UL fan base despite a disappointing setback to in-state foe Kentucky Saturday.
5. Wake Forest (8-4, 4-4) Here’s where the mediocrity begins. Wake suffered a disappointing and puzzling loss to Syracuse to conclude its season.
6. Pittsburgh (7-5, 4-4) The Panthers had their sights set on a Coastal Division title, but a late-season swoon left Pitt limping to the finish with losses to Virginia Tech and Boston College.
7. Boston College (6-6, 4-4) The Eagles did post a win in Pittsburgh to close the season. It wasn’t enough to save coach Steve Addazio, who was fired on Sunday. Addazio had a seven-year mark at BC of 44-44.
8. North Carolina (6-6, 4-4) First-year coach Mack Brown did a respectable job in Chapel Hill this season. Of the Tar Heels’ six wins, none came against teams with a winning record. UNC did give Clemson a major scare earlier in the season, however.
9. Duke (5-7, 3-5) The Blue Devils separated themselves from the conference bottom-feeders by whacking Miami 27-17 Saturday.
10. Florida State (6-6, 4-4) FSU was thrashed by in-state foe Florida 40-17 Saturday in a game that was not that close. The Seminoles fired their coach Willie Taggart a few weeks ago and are searching for someone to restore the program.
11. Miami (6-6, 4-4) Perhaps the two most intriguing losses in school history by the Hurricanes back-to-back against Florida International and Duke. Miami is a shell of the program that once ruled the college football universe.
12. Syracuse (5-7, 2-6) The Orange surprised Wake to close the season on Saturday.
13. Georgia Tech (3-9, 2-6) The Yellow Jackets did a complete overall this season on the offensive side of the ball, often trying to put round pegs in square holes.
14. North Carolina State (4-7, 1-7) The Wolfpack season just went bad from start to finish. NC State closed its season by being clubbed by UNC at home Saturday.