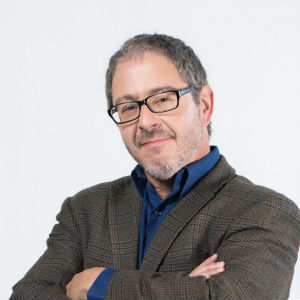 Brian Malow believes that he can make anyone laugh. But laughter isn’t necessarily his end goal. The self-proclaimed science comedian wants to make people think.

“There are ways of looking at the world that can tickle someone or shock or surprise someone,” said Malow, who will make several guest appearances at Virginia Tech this Sunday and Mondayfor events hosted by the university’s Center for Communicating Science.  “Art and humor and science, all have something in common in showing you something in a way you haven’t seen it.”

On Sunday, Malow will moderate a panel discussion, “The Role of the University in an Era of Science Skepticism and ‘Fake News,’” at 3 p.m. in the Moss Arts Center’s Anne and Ellen Fife Theatre. The panelists for the event are Robin Reed, evening news anchor for WDBJ7; Sally Morton, dean of the Virginia Tech College of Science; Audra Van Wart, director of education and training at the Virginia Tech Carilion Research Institute; and Sylvester Johnson, the university’s assistant vice provost for the humanities and director of Virginia Tech’s Center for Humanities.

On Monday at 7:30 p.m., Malow will perform his popular stand-up comedy routine in the Anne and Ellen Fife Theatre.

Earlier in the day, at 2 p.m., he will discuss science communication at the Virginia-Maryland College of Veterinary Medicine’s Vet-Med Commons.

“The work of communicating science can seem so heavy and so weighty and so important, but it’s also joyful and even funny sometimes,” said Patty Raun, director of the Center for Communicating Science.

Malow isn’t a scientist. But he calls himself a science geek.

From the time he was in middle school, Malow read science fiction novels, in particular those by authors Isaac Asimov and Arthur C. Clarke, which he enjoyed because they offered real scientific explanations.

Malow pursued a pre-med track at the University of Texas at Austin, but he wasn’t sold on the career. Later, while enrolled in the university’s master’s program for television production, he entered a stand-up comedy contest and advanced to its final round.

Before long, Malow was doing stand-up gigs in comedy clubs.

“I was hooked,” he said, by phone from Raleigh, North Carolina, where he lives. “I got swept off my feet by stand-up.”

Naturally, science found its way into his comedy routine.

“Because I was a science geek, I had this tendency towards geeky topics and geeky language and metaphors,” Malow said. “It’s starting out with a regular topic but fueling it through a lens colored by science fiction and weirdness.”

Now he travels around the country, performing comedy and giving scientists tips on how to describe their work to the general public.

Malow claims that anyone can understand his comedy, though people with a science bent may find his references particularly funny.

Not every joke is about science. He may talk about his parents or his girlfriend, and “science sort of slips into it,” Malow said. For example, he has joked that his parents’ weight fluctuations reflect the conservation of mass within the family.

Malow performs for a wide variety of audiences, from the general public to largely scientific crowds at universities, the NASA Jet Propulsion Laboratory, the National Science Foundation, the American Chemical Society, Apple, Dell, Microsoft, and more.

Scientists often pay close attention to whether or not the facts in his routine are true.

“A lot of comedians can say stupid and untrue things on stage, and it doesn’t matter much,” Malow said. “My crowd really busts me if it’s not accurate or true.”

While visiting Virginia Tech, he will discuss science communication, a subject that he often addresses with scientists.

Malow previously worked in communications for the North Carolina Museum of Natural Sciences, and he also produced science videos for Time Magazine’s website.

Scientists are not trained on how to communicate with the public, Malow said.

“It comes down to really being yourself on stage and not stilted or scripted,” he said.

Another word of advice to scientists from Malow — explain what the science means to people.

For a TEDxBerkeley talk last year at the University of California at Berkeley, Malow told the story of how Richard Feynman, a Nobel Prize-winning American physicist, as a child, would listen to his father read about dinosaurs from an encyclopedia. His father would describe the size of a dinosaur in ways that Feynman could understand and visualize, stating, “If this dinosaur was standing in our front yard and you looked out the window of your second-floor bedroom, you would be looking at him right in the eyes.”

“He took those bare facts, and he translated them into what they really mean,” Malow said. “I resonated with it.”