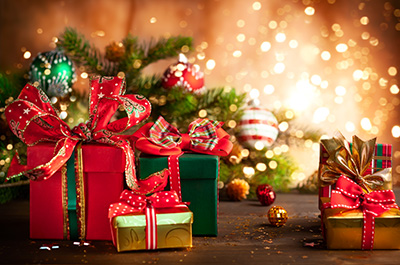 He will participate in Zeus Digital Theaters’ Christmas Drive Through event from 5 to 8 p.m. for one night only.

“Normally, I have Santa Claus in the lobby [of Zeus],” Hayes said.

However, when the Waynesboro Salvation Army reached out to Hayes, he thought of the drive-through event held at Halloween.

“I proposed the idea that we do a drive-through [for Christmas],” Hayes said.

Ten to 20 local businesses are expected to participate in Saturday evening’s event.

“It should be a pretty neat pop-up [event],” Hayes said.

Crowds must be avoided because of the state’s recent COVID-19 restrictions, but each business will have Christmas trees decorated or inflatables set up. Home Depot and Lowe’s have donated inflatables.

Santa Claus will be set up in the throne chair that’s usually seen inside Zeus’s lobby, and children can wave to him from vehicles as they drive by.

“The idea is basically they drive through and see this winter wonderland,” Hayes said.

A suggested donation of $5 or $10 per car is welcome, but, Hayes said, visitors are welcome to donate whatever they can to the Salvation Army’s Red Kettle Campaign.

Donations of unwrapped toys will also be collected for the Salvation Army’s Toy Drive.

“You don’t have to have kids to come through” and make a donation, Hayes said.