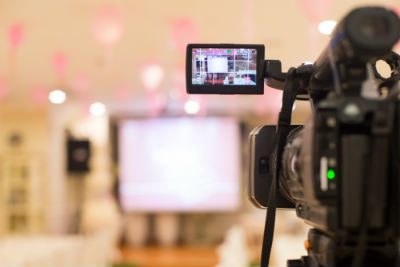 Today’s modern media landscape has seen a drastic shift towards digital and streaming service providers. The surge in subscriber growth over the past several years, for companies like Netflix, Amazon, Hulu, and Disney +, has led to an increased need in programming and thus a greater number of shows to be produced.  This new era of peak TV has naturally brought good fortune to many production companies.

The Growth in Digital Media

Sam Haskell, Emmy nominated producer and President of Magnolia Hill Productions, describes how the shift to digital has changed TV/Film production, and discusses his perspective on the future of the business.

“In my 40+ year career I have never experienced so much change as I have in the last several years.  It’s rare that I have any conversation nowadays that doesn’t include Hollywood’s latest buzz words; Netflix, Amazon, Hulu, Disney +, Quibi, or HBO Max.  The list goes on.  I could see early on that these companies would transform the business, but I think everyone was caught by surprise at how quickly their growth and success has come.  It has been nothing but astounding.”

“At Magnolia Hill, we’ve partnered with Netflix on several recent shows.  Dolly Parton’s Heartstrings, an 8-episode anthology series based on the songs and life stories of my dear friend Dolly Parton, became available on the platform last November.  It aired in 100 different languages and in over 190 countries around the world!  What the streamers have been able to do, in terms of reaching the widest possible audience, is truly amazing.”

“Building on the success of that viewership, Heartstrings has also been honored for the 2020 PaleyFest as one of the best television series of 2019.  Moreover, several of the individual episodes have received important critical accolades.  ‘These Old Bones,’ has won the Movieguide Faith & Freedom Award for TV and our ‘Two Doors Down’ episode, is nominated for Best Individual Episode at the 2020 GLAAD Awards.  Working with a streamer like Netflix has given us the creative freedom to do our best work, coupled with the broadest audience reach to showcase it.  From a producer’s perspective it’s an absolute dream and therefore it’s no surprise that everyone wants to be in business with Netflix.”

“In addition to Heartstrings, we’re excited to release our latest project this holiday season, an original Christmas musical with new music and lyrics by Dolly Parton.  Once again, Netflix has been instrumental in supporting our vision and will ensure that this heartwarming story is seen by millions.  Grab your tissue box!”

With the rise of the streamers, so too has the number of new shows being produced.  Netflix, in particular, has made headlines by announcing that they’ll spend heavily on original programming going forward.  By creating and retaining their own IP, their goal is to rely less on licensing from competing studios.  The same is happening across Amazon, Disney +, and Hulu, while new platforms such as NBC Universal’s Peacock and WarnerMedia’s HBO Max, will soon launch as well.  Everyone in the market is hungry for new content and therefore more series and films are in the production pipeline.  It’s been reported that Netflix alone has committed to upwards of $8 billion for new programming each year!

As Sam points out, “When I read Variety or Deadline, it seems like almost half of the stories are announcements for new projects with the big streamers.”

How Digital Platforms are Changing Media

The streamers have changed just about everything – from viewing habits, to financing and marketing, and more generally, the economics of the entire industry.  Netflix was the pioneer of binge watching, giving its audience an entire series of episodes to watch all at the same time.  This has had profound implications in how shows are bought from producers and studios, with straight-to-series orders being the new norm.  The days of burdensome pilot tests and weekly fears of show cancellations are no longer part of a television producer’s day to day, when working with these companies.

Moreover, the subscription revenue model that Netflix, Amazon, Disney +, and Hulu employ, has nearly eliminated a need for advertising dollars.  They are not beholden to the success or failure of any given show compared to the major broadcast networks who are dependent on maintaining certain viewership levels for local channel sponsors.

Given the tremendous amount of spending power the streamers have, they’ve also been able to attract and poach top talent from their competitors.  Just look at the massive deals that Ryan Murphy and Shonda Rhimes have taken at Netflix.  Why should the streamers pay to license content when they can own it outright and produce it for themselves?  This trend has only grown with a greater number of writers, actors, directors, and producers abandoning their former studios for rich deals on the digital platforms.

Lastly, the streamers have proven equally capable of winning awards and establishing track records of critical success.  Each year feels like an arms race for who will receive the most Emmy or Oscar nominations.  In few years’ time, places like Netflix, Amazon, and Hulu have created some of the highest quality programming.  It’s truly amazing.

“From my perspective, it’s great news for producers and most importantly for the consumer.”

This is another area where Netflix, Amazon, and Disney +, have changed the game.  Some of the best shows they create are not only topics of discussion within industry circles, but are the center of popular culture.  Shows like The Crown, Stranger Things, The Marvelous Mrs. Maisel, and The Mandalorian have become cultural touchstones.  There’s this feeling that if you didn’t watch, then you’re left out, especially with the ease and availability to access such programming.

Coupled with the newfound power of online and social media marketing, audiences are further propelled to these shows given all of the excitement and sensation that’s out there.  It’s remarkable how every day there seems to be some mention or reference in mainstream media, to the latest show or noteworthy character.

“This holiday season, we hope that our upcoming Dolly Parton musical, will be nothing short of buzzworthy.  With a fantastic cast, beautiful music, wonderful dancing, and of course Dolly, audiences are in for a treat.”

The Future of Streaming

Netflix, Amazon, Hulu, Disney +, and all the others out there, will only increase in popularity and demand.  The era of cord cutting is certainly upon us with audiences having more choices now than ever in their viewing options.

“Perhaps the one last holdout is in live sports, but I wouldn’t underestimate the big streamers in their ability to make a play for that part of the business as well. What I have always said and what I continue to tell people, is that quality is paramount.  Despite the bounty of new programs released, at what seems to be a dizzying pace, the best shows and their platforms will rise to the top.  At Magnolia Hill we continue to focus on making quality programming that is inspirational and that the whole family can watch together.  It’s never been a more exciting time in my career as a producer and for the entertainment industry as a whole.”