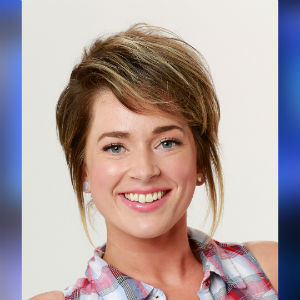 A Stuarts Draft welder will be among the 16 housemates on the 20th season of the CBS reality show “Big Brother.” Sam Bledsoe, 27, will compete for the show’s $500,000 first prize.

Contestants on the show live in a house cut off from the rest of the world, competing in a series of weekly challenges, with at least one eliminated weekly from the show by a vote of the houseguests.

Bledsoe, according to a bio on the show’s website, is a former hairstylist and bartender, and she thinks skills she learned in both jobs will help her in the game.

“I am an excellent listener. People just want to tell me everything for some reason, and I have a steel-trap memory. I don’t forget. I will lay low, at first, and just have fun,” Bledsoe said in an interview posted on the show’s website.

Bledsoe said she will aim to win the first week’s Head of Household honor, which would allow her to control nominations for the first houseguest evictions.

“I’m a natural leader, and I want to establish myself as such and, from there, influence the other houseguests by means of gentle persuasion and manipulation, which is another terrible talent of mine,” Bledsoe said.

The show debuts on CBS on Wednesday, June 27, at 8 p.m. Eastern, with a two-hour premiere episode.