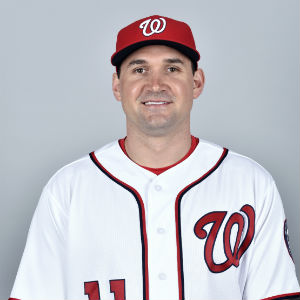 The Washington Nationals have assigned 1B Ryan Zimmerman to the Potomac Nationals, where he will continue his rehabilitation assignment.

The Nationals’ first baseman will join the P-Nats on Tuesday night, as the club takes on the Frederick Keys (Baltimore Orioles) at Nymeo Field in Frederick, MD. The length of Zimmerman’s rehab assignment with the P-Nats is to be determined, though he is expected to play for Potomac into the final homestand of the 2019 regular season.

The 34-year-old Zimmerman was placed on the 10-Day Injured List with plantar fasciitis in his right foot on July 22nd. Zimmerman began his rehab assignment with Double-A Harrisburg and played two games for the Senators. Zimmerman will join Potomac for Tuesday night’s 7:00pm start in Frederick vs. the Keys.

Zimmerman has appeared in 33 games at the Major League level in 2019. With the Nationals this season, the first baseman has his .246 with three home runs, eight doubles, and 15 RBIs.

2019 will mark the seventh different season that Zimmerman will wear Red, White, & Blue for Potomac. With rehab stints with the P-Nats in 2008, 2011, 2013, 2014, 2016, and 2018, Zimmerman has played in 14 total games with the P-Nats over his various rehab stints. Over those 14 games, the Washington first baseman has gone 19-51 with seven doubles, one home run, and driven in 10 runs. His home run at Northwest Federal Field at Pfitzner Stadium in 2016 is one of just a handful that has ever cleared the batter’s eye at the ballpark.

First pitch between Potomac and Frederick on Tuesday night at Nymeo Field in Frederick, MD is set for 7:00pm.