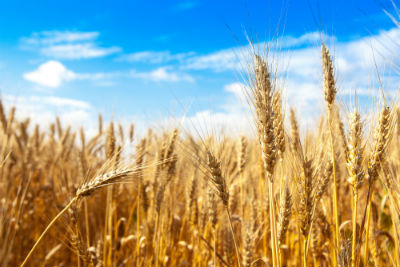 And he calls on economists to be a part of the solution by helping to create institutional change.

“We’ve reduced poverty and malnutrition significantly over the last 40 years or so but there are many people being left behind and a lot of it has to do with insufficient institutional change,” said Norton, a professor in the Virginia Tech Department of Agricultural and Applied Economics in the College of Agriculture and Life Sciences. “There’s a need to generate technologies, which are important for spawning agricultural productivity growth, but there’s also a need for institutional changes – the various policies and rules we have in society – to encourage investment in rural communities and compensate people who suffer due to age or other circumstances.”

Working with the Virginia Tech IPM Innovation Lab and others, both at home and abroad, Norton has spent much of his career on projects that minimize pests and introduce new technologies to farming communities in developing countries. These practices have helped increase agricultural productivity, which in turn has decreased food insecurity and enabled countries to move up the development ladder.

However, a trend that he and others in the field have witnessed, is that as societies develop, people leave their farms seeking alternative incomes as the farm sector of the economy shrinks relative to emerging sectors.

“The problem is that people don’t just leave the farm looking for alternative employment and incomes, they leave their communities as well and we’re often left with poorer rural communities,” said Norton. “This goes on all over the world. It happened in the U.S., and now it’s happening in developing countries. For a while you have remittances – people leave the farm and send money back – but that doesn’t go on forever. After a while, people stop sending as much money back, and these towns become poorer.”

Norton sees the development and implementation of institutions that encourage investment in local businesses and provide a safety net for people unable to work as a solution to this problem. Without them, he says, that those who remain in rural communities get left behind financially.

“It comes about naturally because of the economic structural change that occurs and because of the fact that technologies improve, but the rules or policies that govern societies don’t keep pace with the change,” Norton said. “If you’re not careful, a few people receive most of the benefits and a lot of people end up suffering. Instead, we need institutional changes that discourage exploitive behavior and compensate those left behind, who, for many reasons, are unable to move or adjust.  Essentially, you end up with place-based poverty.”

Norton gives a few examples of towns and regions that have implemented new rules or institutions to keep pace with this change in a paper he recently published in the Journal of Applied Economic Perspectives and Policy, where he calls on all economists to find ways to combat this trend through continued research and improved communication.

“The issues these communities face are complex, and solutions depend on the specific country and the level of development they’re experiencing,” said Norton. “Economists deal with human behavior and incentives as well as profitability. We need to be continuing to find ways to improve policies so that new technologies that increase productivity contribute broadly to society and have fewer ill-effects. Economists need to look for policies that would result in the greatest adoption, but also consider who would benefit.”

Norton emphasizes the need for economists to encourage investment in rural areas as well as improve educational and retraining opportunities for them.

“We’re dealing with more risks — some related to climate, some related to the market — so you need new ways of addressing them, whether through crop insurance or ways of mitigating environmental and other risks,” said Norton. “It’s complicated. There are water rights issues, too.”

Because of the complex nature of how societies develop, coupled with environmental changes, the work must be ongoing, Norton says.

He also recognizes that the issue is more than a justice-for-the-poor problem. While the poor — who are often the elderly or those that have some disability or just someone who lost their job for whatever reason and were forced to retire early — get left behind, growing inequality can hold everyone back because it inhibits overall economic growth and can have other negative side effects such as growing city slums.

In addition to continued research, Norton also stresses the need for economists to engage policymakers and audiences outside their profession who can help implement creative solutions.

By continuing to research ways of mitigating inequality and poverty in rural areas and effectively communicating with policy and other change-makers, Norton believes that economists have an important role to play in improving economic well-being around the world.