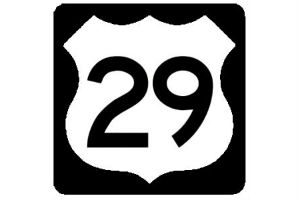 Traffic on Route 29 through Fauquier County now has a straight shot into Northern Virginia with the opening of the northbound lanes just south of the Prince William County line. The lanes reopened to traffic on schedule late Friday evening.

Motorists will continue to encounter single-lane closures between 7 p.m. and 5 a.m. through late August as the contractor completes finishing work on the project, which has a fixed completion date of Sept. 30. Those closures will allow fine grading along the roadway shoulders, placing the final surface course of asphalt, application of pavement markings and rumble strips, sign installation and seeding the median and shoulders.

A 0.9-mile section of the northbound lanes was closed for 3 ½ weeks during a safety improvement project. The project removed two hills on the northbound intersection approach that contributed to its ranking as the number one safety need in VDOT’s nine-county Culpeper District. In the five years between 2013 and 2017, there were 113 crashes on that section of the highway.

Chemung Contracting Corp., of Mitchells, is constructing the improvements under a $3,544,568.45 design-build contract. Chemung partnered with Volkert Inc., of Springfield, Va., which provided design services for the project.

“The execution of this project required close partnering between the VDOT project team and Chemung’s team,” Culpeper District Engineer John Lynch said. “Chemung’s dedicated staff was critical to the project’s success, from engineering through construction. They worked long hours and solved challenges as they arose, always attentive to completing the work on time and with excellence. We’re grateful for the support of the Fauquier County Sheriff’s Office and State Police troopers, who patrolled the roads and directed traffic to keep everyone safe.

“We also appreciate the understanding and patience of the entire community – the residents, the nearby businesses and the motorists who use Route 29 every day – who were inconvenienced during the closure,” Lynch added. “And we thank the community members who volunteered their time to serve on the Route 29-New Baltimore Advisory Panel. They spent many hours during the past year working with VDOT to develop the project and were invaluable in communicating information about the project to their neighbors.”

Information about the project is available on VDOT’s website on the Route 29 at Vint Hill Road, Fauquier County page. The page includes frequently asked questions about the project as well as background information such as presentations and minutes from the Route 29 New Baltimore Advisory Panel meetings and previous studies of the corridor. If you are interested in receiving email notifications and updates about the project, email Lou Hatter, Culpeper District communications manager, at Lou.Hatter@VDOT.Virginia.gov.