Rose to step down from JMU presidency in 2012 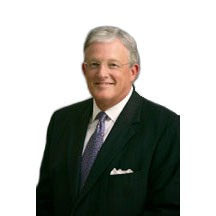 James Madison University president Linwood Rose will step down from his post as school president in June 2012. Rose made the announcement today.

“When I accepted this job, I said that it was the best university presidency in the country. I meant it then and I still feel the same way. It isn’t the beautiful campus or the well maintained buildings, although they do make for a pleasant place to work everyday. It is the people,” Rose said in confirming the news.

Rose, a Virginia Tech alum who grew up in Staunton, came to JMU in 1975 after finishing up postgrad work at the University of Tennessee as the assistant director of residence halls at the school. He served as acting president for six months in 1997 after the retirement of long-time JMU president Ronald Carrier. He was sworn in as president in September 1998.

“I have been a part of JMU for the vast majority of my adult life and for one-third of the University’s life,” Rose said. “I love this institution; I love the mission and values for which it stands. I have the highest respect and regard for the people here who are devoting their professional lives to the betterment of the University and its students. I hope that I have inspired and challenged; but also supported and nurtured along the way.”

The 18-month lead time between Rose’s announcement and his retirement will allow the JMU Board of Visitors ample time to search for and name a successor. Board Chairman Jim Hartman said today that a search firm to assist in the effort.

“It is always a challenge to predict a timetable in these matters, but it would be my hope that by first quarter 2012 we will have selected a new president,” Hartman said. “This schedule provides time for the new president to become more familiar with the institution after selection before taking over the leadership of the university on July 1, 2012.”