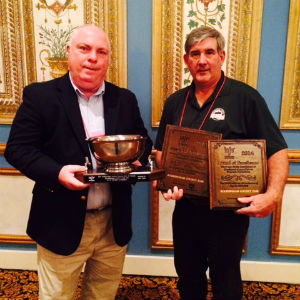 The  Rockingham  County  Fair  has  been  selected  to  receive  three  Awards  of   Distinction  from  the  International  Association  of  Fairs  and  Expositions  (IAFE).

Virginia  Poultry  Federation  President  Hobey  Bauhan  said  he  was  pleased  the  2014  poultry  industry   project  received  national  attention.  “Poultry  is  the  largest  sector  of  Virginia  agriculture,  and  I  commend   Rockingham  County  Fair  Association  for  creating  a  first-­‐class  facility  that  displays  our  industry’s  rich   history  and  how  we  help  feed  the  world  today.”

International  award  competition  is  divided  into  5  divisions  based  on  Fair  attendance.    The  entries  are   evaluated  and  judged  by  a  team  of  industry  leaders.    These  individuals  are  selected  from  the   membership  of  International  Association  of  Fairs  and  Expositions,  which  has  over  1,100  members   around  the  globe.