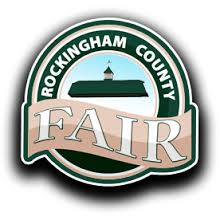 “I commend the local civic organizations that are part owners of the Fair and thank all the volunteers. One of the reasons this Fair is successful is because of our total community support,” said Rockingham County Fair Association President Donnie Liskey.

“We had a great week in the barn complex with tremendous support from the business community for the livestock sale on Friday. We greatly appreciate everyone’s efforts to promote young people involved with agriculture,” said RCFA Vice-President Brian Carpenter.

“After a rainy and slow start to the week, we really ended on a bang with more than 20,000 people attending the Fair on Saturday. I want to express my appreciation to our staff and the hundreds of volunteers who helped out all week long,” said RCFA General Manager Jeff Ishee.