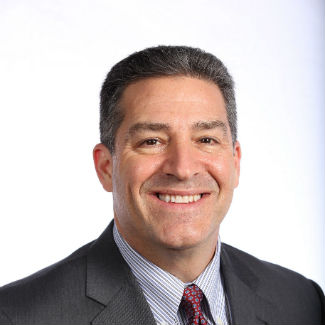 DiCenzo was selected after a lengthy and rigorous search process; his appointment was strongly supported by both the search committee and the university community. He will succeed Alan McKay, Ph.D., who retired from Shenandoah at the close of the academic year after 21 years of service to the university.

“I am delighted that Dr. DiCenzo is joining our academic community,” said Vice President for Academic Affairs Adrienne Bloss, Ph.D. “An accomplished teacher and scholar, he is dedicated to student-centered learning and patient-centered care, and he brings leadership experience in developing programs, supporting faculty, and building community collaborations to meet these goals. He is exactly the right person to build on the current strengths of the pharmacy school and take it to the next level.”

“I am very fortunate to be part of the Bernard J. Dunn School of Pharmacy and I am looking forward to working with such a talented group of faculty, students and staff as we build off the wonderful program the founding dean, Dr. Alan McKay, and all the faculty and staff have developed,” said DiCenzo.

“Considering the wonderful foundation we have to build on at Shenandoah University, an achievable vision is to gain national recognition as leaders in team-based, genomics driven, patient-centered pharmacy and graduate education,” said DiCenzo.

“We’ll achieve this through continued collaborations with other schools within the university and by partnering with regional healthcare centers; creating new innovations in student-centered teaching and learning; and building on the success we have had weaving interprofessional and genomics education into the curriculum,” he added.

DiCenzo notes a main challenge for the pharmacy school will be continuing to enroll talented students and graduate leaders in team-based, patient-centered pharmacy care who are positioned well for success, as health care in the United States moves away from fee for service and towards fee for value, and expands the use of precision medicine. However, he believes the location of Shenandoah’s pharmacy school on two campuses enriches the program and gives the school an edge.

“We are able to increase the number of talented faculty in the school and expand the range of health care institutions we partner with, which results in a broader range of courses, programs, clinical rotations and research opportunities for our students,” said DiCenzo.

Prior to assuming his interim dean role at the Albany College of Pharmacy and Health Sciences, DiCenzo served as chair of the Department of Pharmacy Practice and senior associate dean of academic affairs and operations. He previously held a faculty appointment at the School of Pharmacy and Pharmaceutical Sciences at the University at Buffalo in Buffalo, New York, and an administrative and leadership role as the director of experiential education at the Wegmans School of Pharmacy at St. John Fisher College in Rochester, New York.

His academic and research interests include antiretroviral pharmacology and the influence of transporter proteins on the toxicokinetics of drugs of abuse, as well as increasing the pneumococcal vaccination rates of elderly Vermonters.