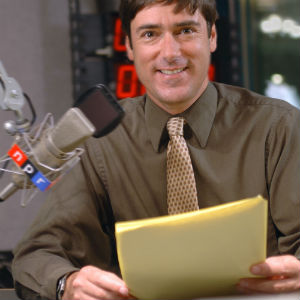 Award-winning journalist Richard Harris, who has reported on a wide range of topics in science, medicine, and the environment since he joined National Public Radio (NPR) in 1986, will be a Virginia Tech College of Engineering Visiting Scholar on Mar. 31 and April 1.

During his two-day visit, he will make a public presentation, “Using the tools of science and journalism to make a difference,” at 4 p.m. on April 1 in 190 Goodwin Hall on the Virginia Tech campus. The talk is free and open to Virginia Tech faculty, staff, students, and the general public.

Harris, who is now focusing on biomedical research in his reporting, has traveled to all seven continents for NPR. His reports have originated from Timbuktu, the South Pole, the Galapagos Islands, Beijing during the SARS epidemic, the center of Greenland, the Amazon rain forest, the foot of Mt. Kilimanjaro for a story about tuberculosis, and Japan to cover the nuclear aftermath of the 2011 tsunami.

In 2010, Harris’ reporting revealed that the blown-out BP oil well in the Gulf of Mexico was spewing out far more oil than asserted in the official estimates. That revelation led the federal government to make a more realistic assessment of the extent of the spill.

Harris covered climate change for decades. He reported from the United Nations climate negotiations, starting with the Earth Summit in Rio de Janeiro in 1992, and including Kyoto in 1997 and Copenhagen in 2009. Harris was a major contributor to NPR’s award-winning 2007-2008 “Climate Connections” series.

Over the course of his career, Harris has been the recipient of many prestigious awards. Those include the American Geophysical Union’s 2013 Presidential Citation for Science and Society. He shared the 2009 National Academy of Sciences Communication Award and was a finalist again in 2011. In 2002, Harris was elected an honorary member of Sigma Xi, the scientific research society.  He shared a 1995 Peabody Award for investigative reporting on NPR about the tobacco industry. Since 1988, the American Association for the Advancement of Science has honored Harris three times with its science journalism award.

Before joining NPR, Harris was a science writer for the San Francisco Examiner. From 1981 to 1983, he was a staff writer at The Tri-Valley Herald in Livermore, California, covering science, technology, and health issues related to the nuclear weapons lab in Livermore. He started his career as an AAAS Mass Media Science Fellow at the now-defunct Washington (DC) Star.

A California native, Harris returned to the University of California-Santa Cruz in 2012, to give a commencement address at Crown College, where he had given a valedictory address at his own graduation. He earned a bachelor’s degree at the school in biology, with highest honors.

The visiting scholar program, called the Jebson-Nystrom Science and Technology Writer in Residence Endowment, is funded by a gift from engineering alumnus Bob Jebson of Culpeper, Virginia, a 1956 metallurgical engineering graduate and a member of the College of Engineering’s Committee of 100. Jebson died in 2013.

An admirer of technology communication, Jebson directed a $50,000 gift to the College of Engineering’s public relations program, and helped develop the guidelines that call for a nationally recognized science and technology writer to spend a few days on campus each year.