Rich getting richer update: Billionaires increase wealth by $931B since mid-March 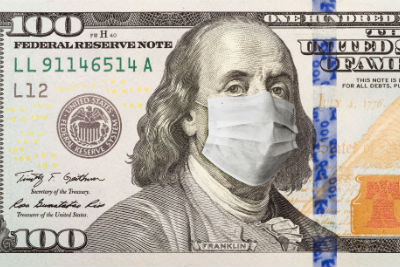 The death of small business in the COVID-19 era has been to the benefit of America’s billionaires, who have seen their collective wealth increase by $931 billion since mid-March, according to a new report by Americans for Tax Fairness and the Institute for Policy Studies.

March 18 is the rough start date of the pandemic shutdown, when most federal and state economic restrictions were put in place. Forbes’ annual billionaires report for 2020 was published March 18, and the real-time data was collected Oct. 13 from the Forbes website.

“Sadly, the Gilded Age is here again,” said Frank Clemente, executive director of Americans for Tax Fairness. “We have extraordinary gains in wealth by a small sliver of the population while millions suffer, this time from the ravages of the pandemic, much of which could have been avoided. In the short-term we need a robust pandemic relief package that meets the urgency of the moment, not Sen. McConnell’s skinny bill that offers political cover.

“In the long-term we need major reform that taxes the extraordinary wealth of the billionaires and millionaires and uses that wealth to create an economy that works for all of us,” Clemente said.

“With Mitch McConnell’s Senate paralyzed with inaction, U.S. society is kicking into inequality overdrive, with wealth surging up to U.S. billionaires,” said Chuck Collins of the Institute for Policy Studies and co-author of Billionaire Bonanza 2020, a report looking at pandemic profiteering and billionaire wealth. “The juxtaposition between surging billionaire wealth and the imploding livelihoods of ordinary Americans is grotesque and unseemly.”

Other findings from the ATF/IPS analysis:

Some billionaires have seen a particularly astonishing increase in wealth: