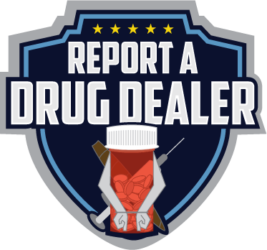 One viable tip per day. At the one-year mark, ReportADrugDealer.com is proving to be a valuable tool for local law enforcement investigating illicit drug sales.

“What it does is gives citizens a venue to funnel information to the police,” Waynesboro Police Chief Mike Wilhelm said. “People see what’s going on in their neighborhoods, with people they know, that they’re concerned about, but they had no way to get that information to us. Now they have an online link.”

The website is a public service of the GAPP Coalition, a group of concerned citizens, community leaders, and human service personnel joined by the desire to end substance abuse among youth, and the Skyline Drug Task Force, which includes representatives of the Virginia State Police, police departments in Staunton and Waynesboro, and sheriff’s offices in Augusta County and Nelson County.

It was formally launched in September 2017, after a soft launch in the summer that showed the potential for the web tool to assist authorities.

To date, the site generates about 30 viable tips per month, and an estimated 10-20 percent eventually lead to arrests, as investigators use the information provided online to initiate new investigations or fill in the blanks in ongoing investigatory efforts.

“We are grateful to the GAPP Coalition for their efforts in heading up the ReportADrugDealer.com website,” said Staunton Police Chief Jim Williams. “Over the past year, we have fielded numerous tips from concerned citizens. The program has been most beneficial and our task force has been able to make several cases in the past year as a result of the information received.”

Tips are forwarded to a narcotics investigator at the appropriate local agency to follow up on, and an estimated 90 percent of the tips that come in involve illicit drug activity previously unknown to law enforcement.

“Numerous cases have been solved, and arrests made as a result of the collaborative effort,” said Augusta County Sheriff Donald Smith. “I would encourage the citizens to continue reporting any drug activity to the ReportADrugDealer.com website. Your tip will remain anonymous, and is greatly appreciated. The ReportADrugDealer.com website has proven to be a valuable resource for my office.”

The site came online at a critical time for local law enforcement, as the effectiveness of the Crimestoppers call-in program has been on the wane in recent years.

“I think what makes the website so effective is it can be totally anonymous, though some people do choose to identify themselves as they report what they see going on. But using the site, you can upload photos of cars, license tags, people, and it’s easy to do,” Wilhelm said.

The Greater Augusta Prevention Partners (GAPP) Coalition is a group of concerned citizens, community leaders, and human service personnel joined by the desire to end substance abuse among youth. The GAPP Coalition receives funding through a Drug Free Communities Grant, award number 2H79SP020534-06 from ONDCP and SAMHSA. More information is online at www.valleyprevention.com.