Report: Virginia Tech players were throwing in the towel 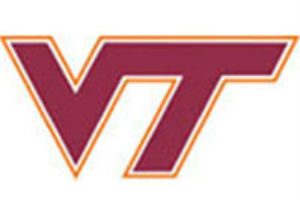 A bombshell Thursday in Sports Illustrated: which reported that a number of Virginia Tech players wanted to concede the Hokies’ season finale against Marshall so that the team would not go to a bowl.

Receiver Tre Turner and tight end Dalton Keene were among the players confirming the report.

Tech would go on to win the game easily, defeating Marshall, 41-20, but the Hokies lost to Cincinnati in the Military Bowl a few weeks later, concluding the program’s first losing season since 1992.

According to SI, the tensions boiled over from there until coach Justin Fuente called an emergency team meeting to address the issues.

Remember the talk about the startling number of players entering the transfer portal – at one point, 14 members of the Tech football team were in the portal, five of them declaring their intent in a single 48-hour period?

All told, 22 players have left the program in the 16 months due to dismissal, transfer or academic issues.

Roughly 60 percent of the signing classes of 2015, Frank Beamer’s last season, and 2016, Fuente’s first, did not or will not complete their careers at Tech.

Which, yes, leaves a hole in terms of veteran leadership: the roster lists just five players as seniors.

Another problem: the small senior class will put something in the form of a clamp on recruiting for 2020, leaving between 12-15 scholarships open for the coming recruiting class.

This is the clinical definition of a mess.

And yet, somehow, Virginia Tech was able to find a way to beat UVA again, despite it all.