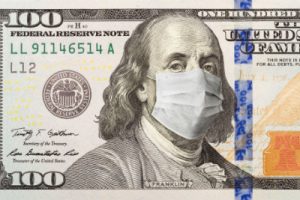 Entrepreneurs about to launch a Kickstarter campaign may ask the question: Should I do it now while the global economy is affected by COVID-19, or do it later? Many different scenarios could play out and depending on the business type – it may be wise to act right away, or to hold back. Let’s explore this in depth, based on some expert analysis and recent market data:

What the experts and their data say:

BiggerCake, a company specializing in Kickstarter marketing and analytics, published a report about the effects Coronavirus has on Kickstarter campaigns. Known for its data-based approach to crowdfunding, the company is in a good position to provide real time insights on this segment of the economy. We sought to be guided by numbers and asked them to share some insights on this.

Surprisingly, this vibrant sector of the economy performed very well until now. During a time where travel, tourism and some parts of retail saw severe slumps, a different set of data tells a different story for Kickstarter start ups. According to Yaniv Tross, the CEO of BiggerCake, dates measured up and until 26th March 2020 showed no slowdown in Kickstarter campaigns or the amount of backing it received and to this date, their data reveals that the industry did not yet suffer as a result of COVID-19. Pointing to the usual campaign pattern, where the last few days always ends in a frenzy, Tross demonstrated with analytics how this behaviour is still consistent.

Should you launch a campaign now or hold back?

In view of the above, BiggerCake believes it is in a position to answer the question of whether campaigns should proceed as normal, or hold back for a later date. Tross made an interesting argument: his notion is “how would you know at which point in the future the market will return to normality, or whether macro factors will deteriorate in the case of a global recession as predicted by the IMF? For this reason, as nobody knows the future, many entrepreneurs are pushing ahead right now to launch their Kickstarter campaign.”

One potential risk is if backers of a campaign pull out – that is, a “mass cancellation”. It is therefore suggested that campaigns leave a reasonable margin to compensate for any such eventualities. Entrepreneurs should consider a low-risk approach with safe margins and reasonable projections as to profitability and volume – as a way to hedge themselves against possible cancellations.

So is it wiser to launch now or later? That may depend on your business type and the views and expectations you have of the world. There are two cases encompassing different views.

The case for launching earlier or right now

When taking the view that ecommerce will increase due to more people being at home, or that recession will get worse in the next 24 months – and that prices may go down, it makes a lot of sense to get the launch done right away.

The case for launching later

If a view is taken that there will be personal spending cuts fuelled by panic, or that the financial crisis will be short-lived and things will recover swiftly – it could make sense to delay any launch.

The insights needed to run a successful Kickstarter campaign

According to BiggerCake, there are certain key areas of insight, for where Kickstarter campaigns require analytic support. This include the ability to understand traffic sources, to have more knowledge of the methods used to drive traffic to campaigns, understanding the demographics of financial backers in order to target similar ones and most importantly, collect information on why backers cancel if they do.

Historically, some of the greatest businesses were started in the wake of the great recession. One of the biggest dangers to any business, is holding a depressed view of the world and limiting mindset during tougher times. A negative perception cannot become the reality for a business, so it is key to keep collecting fresh market data and to understand the current trends in retail and trade. Yes, the IMF is certain that we’re entering a global recession. But that may precisely be the time to be more innovative and launch better star ups.

As the new Covid-19 related reality unfolds, more will become clear on how small businesses around the world are affected. Keep in mind that for cross-border businesses with global fulfilment, currency fluctuations will certainly be a factor to contend with.