Report: High fiber intake during pregnancy is linked to a decreased risk of celiac disease in children

Do the dietary choices you make during pregnancy have a life-long risk or benefit to your child?

Celiac Disease, also named the “flour” allergy, develops when one consumes gluten and the body mistakes this food as an infection, causing the body to attack itself. The gluten will damage the lining in the small intestine. 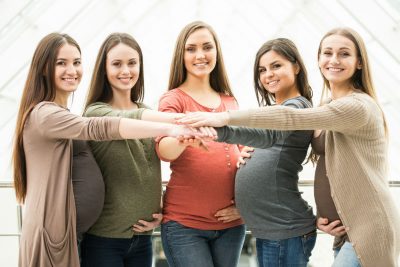 The participants that took the highest amount of fiber, about 45 grams per day, noticed a 34% lower chance of celiac disease in infants compared to the lowest intake that was only 19 grams per day. This could result in all new treatments that will involve the patient to add more fiber in their diet.

“Currently, there is very limited data on the association between maternal fiber or gluten intake during pregnancy and the risk of coeliac disease in children,” said Dr Ketil Størdal, lead researcher of the celiac disease study.

The study assessed more than 88,000 children over a 10 year period between 1999 and 2009. The children were then observed and analyzed with a diagnosis of celiac disease.

This is the first study that focuses on high fiber intake during pregnancy. Researchers say that they cannot truly admit they have found the exact cause. fiber will not build up a gluten immunity in the body but it may be an indicator

There may be specific dietary restrictions during pregnancy that can prevent the disease. It is not yet known if this is true due to the genetic formation of the disease.

Researchers say that detecting celiac disease in children can be detected quite early. If gluten or flour food products are consumed by an infant, it will only reveal itself in the second half of infancy.

Signs and symptoms will begin appearing around 3-4 months after consuming the food with gluten. Celiac will not progress or be noticeable because of previous breastfeeding and the introduction to new foods.

After a while, the child will assume the typical celiac disease symptoms after eating wheat, barley, or rye: diarrhea, constipation, abdominal pain, vomiting, and bloatedness.

The child may also experience anorexia by lacking an appetite.

If the child is older than 2 years old, they will likely be suffering from the disease for the rest of their life.

As with other cases, it is not recommended that someone who believes they may have celiac disease carry out a gluten-free diet until they know for sure.

The only way to detect if someone has celiac disease is if a biopsy is carried out to examine the small intestine. This biopsy must be completed before recommending that the patient turn to a gluten-free diet.

Is a high fiber diet during pregnancy truly linked to a decreased risk of celiac disease in children?

There is still research being conducted on the matter and if the amount of fiber is linked to celiac.

It’s important to take note of how your child reacts to different foods. If you notice that their body is not responding properly, it could mean they should get a proper diagnosis for celiac.

As the study suggests, there are many children who are undiagnosed. It’s best to detect the disease as early as possible and to find a treatment.

If left undiagnosed for too long, the small intestine could become too damaged and cause serious health implications in the long-term including impaired weight gain, delayed puberty, chronic fatigue, and iron-deficiency anemia.

“By providing early detection programmes for children, we can achieve earlier diagnosis and treatment, reduce the risk of future associated health complications and give children the opportunity to thrive,” commented Tunde Koltai, Chair of the Association of European Coeliac Societies (AOECS) from the press release.

The earlier we can detect celiac disease in infants, the better we can understand it and find a treatment for it.

Currently, there are research and tests being done to find what causes and what can prevent celiac disease.

The link between fiber intake during pregnancy and infant celiac disease is still being researched but it isn’t for sure that it could be the risk.

Fiber is a carbohydrate and unlike other carbohydrates, the body is unable to digest it. Fiber does not provide the body with any nutrients, but it does help with the digestive system  and helps the body remove any harmful waste.

There are many foods that are rich in fiber, these include: Breakfast cereals, fruits like pears, oranges, berries, vegetables like broccoli and carrots, nuts, seeds, potatoes, peas, and beans.

The recommended amount of fiber is between 30 to 38 grams daily for men and 25 grams for women. Americans don’t usually consume this amount.

Fiber is actually really helpful for pregnancy as it reduces constipation, may keep you feeling healthy and can also fill you up.

Celiac Disease is more of a nuisance than a big health risk. With proper care, the correct diet, and treatment, it can be manageable.

The only time Celiac can be harmful is if it has gone undiagnosed in a patient for far too long and the damage is irreversible.