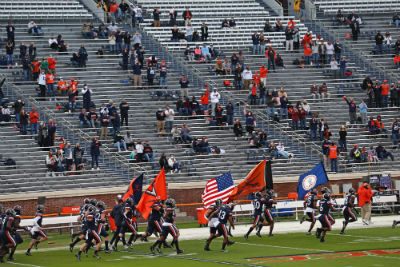 Brennan Armstrong (Pro Football Focus grade: 69.8) deserves an A, but I’m grading down because of the second quarter INT.

His passer rating (145) was nice, his work through the air (15-of-23, 203 yards, 1 TD) solid, his numbers on the ground (60 yards, 2 TDs) off the charts when you consider that coach Bronco Mendenhall swears that nothing was called for him in the run game.

No drops. That stands out.

No penalties. One sack, five total pressures allowed on 34 dropbacks; the run game put up 165 yards.