Rep. Ben Cline named Member of the Month by FreedomWorks 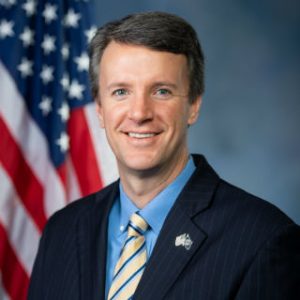 Congressman Ben Cline (VA-06) was named by FreedomWorks as the Member of the Month for July 2019.

FreedomWorks highlighted Rep. Cline’s past work in the Virginia General Assembly on important matters such as government accountability, privacy, and criminal justice reform as well as his efforts since joining the United States Congress to advocate for free market policies such as the elimination of the Death Tax and excise tax on employee sponsored health coverage.

Also honored was Rep. Cline’s introduction of the Small Business Reorganization Act, H.R. 3311, which simplifies the process by which small businesses can use bankruptcy as a means of reorganization.

“I am honored to be recognized by FreedomWorks for my efforts to uphold the principles of individual liberty, limited government, and economic freedom,” said Cline. “On these issues, the Constitution will always be my guidepost. Contained within it are the rules under which our government must operate in order to ensure the liberty of our citizens is maintained.”

FreedomWorks is a grassroots advocacy group with over 6 million members. For over a quarter century, FreedomWorks has identified, educated, and actuated citizens who are enthused about showing up to support free enterprise and constitutionally limited government.