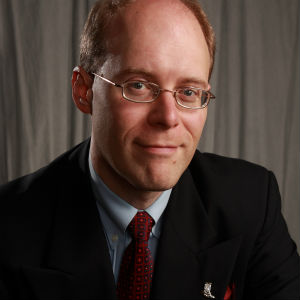 Lee Chapel and Museum presents “Remembering Robert E. Lee” with a speech by noted historian, professor and author Dr. Christian B. Keller on Monday, Oct. 13, at 12:15 p.m. in the Lee Chapel Auditorium. The public is invited at no charge.

The title of Keller’s talk is “Robert E. Lee, Great Captain: The Military Education of a Future Civilian Leader.”

There will be a book signing of Keller’s book, “Chancellorsville and the Germans: Nativism, Ethnicity, and Civil War Memory” at 10:30 a.m. in the Lee Chapel Museum Shop on the morning of his talk. The book will be available for purchase at that time.

Along with many scholarly articles focusing on the ethnic experience in the Civil War, Keller is co-author of “Damn Dutch: Pennsylvania Germans at Gettysburg” (Stackpole, 2004).

He is currently working on a study of Confederate strategy in 1862-1863 and a military history of Pennsylvania (Westholme Publishing, forthcoming).

Keller is professor of history in the Department of National Security and Strategy at the United States Army War College in Carlisle, Pa. He previously served as professor of military history for five and a half years at the Army Command and General Staff College in Ft. Belvoir, Va.

He has taught at numerous civilian institutions, including Shippensburg University, Gettysburg College, Dickinson College and Washington and Lee University. In 2001-2002, Keller was a Fulbright Professor of American History at the University of Jena in Germany.