Reducing job barriers for people with a criminal record 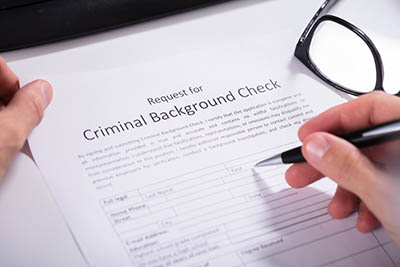 There are lots of people who are wondering how they will be able to find another job. The reality is that the job market is incredibly competitive right now. Even people who are very qualified and have a hard time finding a job. As a result, this can also be hard for people to figure out how they’re going to be able to provide for their families. For some people, the process is even more difficult. Even though they are not a particularly sympathetic population, individuals with a criminal record should still be provided the opportunity to provide for themselves and their families. It is important to look at ways to reduce the barriers to finding a job for those who have a criminal record.

The crime is not relevant to the job

One of the biggest barriers right now is that people with a criminal record have a hard time explaining away things that happened in the past. The reality is that many of their crimes are simply not related to their job performance. While it is true that there are some crimes that might have taken place on the job that should factor into future applications, a minor crime that happened 20 years in the past is not going to have an impact on someone’s job performance today. Therefore, it is important to take a look at ways to reduce barriers during the job hunt for those who have a criminal record. They should be provided the opportunity to support themselves.

Furthermore, it is in the best interest of society to afford those with a criminal record the opportunity to support themselves. The reality is that recidivism rates will drop significantly if these individuals are allowed to apply for a job. Most people who return to a life of crime feel like they have to do so in order to support themselves and their families. If they’re not able to get a job, how else are they going to put food on the table? Therefore, it is critical to help all of these people find a job. It will make it less likely for them to commit a crime in the future.

Make it easier to get a job

It is important for everyone to think about the benefits of those with a criminal record being afforded the opportunity to support themselves. At the same time, there’s a lot that has to change in order to make this a reality. It is critical for everyone to stop assuming that just because someone has a criminal record, they are a bad person. This is simply not the case. Sometimes, people commit crimes purely due to circumstance. By making it easier for people to get jobs, society as a whole is going to benefit.