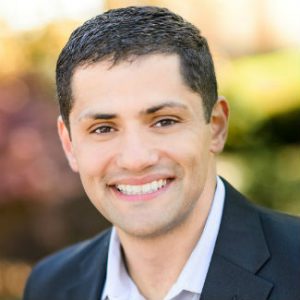 Legislation from Roanoke Del. Sam Rasoul would prevent landlords from denying housing to domestic violence victims because of their credit history.

The Domestic Violence Victims Protection Act, HB 99, is the brainchild of a domestic violence survivor who attended a “You Write the Bill” participatory lawmaking session in September.

“In the process of rehousing, I discovered exactly how difficult it is for victims to find new homes,” said Kiesha Preston of Roanoke. “At the time when I started my apartment search, I had a good job, I was financially stable, and more than capable of paying my bills. But no one would approve me for housing because my credit had been damaged in the process of ending things with my abuser.”

“This bill empowers survivors and their children to be economically stable by allowing them leave volatile, often deadly situations,” Rasoul said. “This is great example of how lowering the barrier for engagement with our constituents creates better legislation. Without Kiesha’s participation, this issue may have not been addressed.”

Preston and her children were two weeks away from being homeless when a landlord opted not to check her credit history.

Currently, the Virginia Fair Housing Law protects potential tenants from being denied housing based on factors such as their sex, religion, race, or familial status. This bill amends the Law to include victims of domestic or familial abuse. A typical domestic abuse victim leaves his or her partner an average of seven times before they actually leave for good.

HB 99 is one of 11 bills Rasoul submitted for drafting this year as a result of the You Write the Bill series. These sessions encourage citizens to participate in the legislative process. Participants submit a bill proposal and learn about the lawmaking process and how to lobby effectively for their bill.

HB 99 will be heard following the convening of the 2020 Legislative Session.