Update: Arrest made in commercial, residential burglaries in Staunton 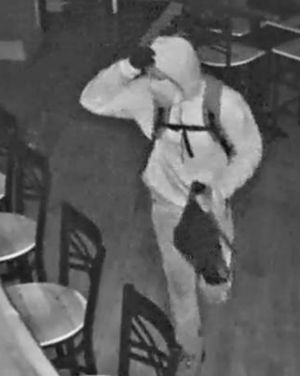 Update: Friday, 10:27 a.m. The Staunton Police Department has made an arrest in connection with multiple commercial burglaries that had been reported in the early morning hours Thursday.

Aaron L. Hutching, 29, of Staunton was taken into custody without incident. Hutching has been charged with eight counts of burglary, for incidents including the incidents reported this week, and others, including residential burglaries, dating to March 12, May 12 and May 13.

The burglaries remain under investigation, and additional charges may be obtained. Hutching is currently being held at Middle River Regional Jail without bond.

Burglaries were reported at LSK Properties, located at 630 Charles St., and Table 44 Restaurant, located at 300 Church St., Suite A.

A male matching this description was seen in the area of West Beverley Street and South Waverly Street at midnight on May 21.

All incidents remain under active investigation.

Callers to Crimestoppers may remain anonymous and are eligible for cash rewards.