Ralph Northam: Back from the dead in now-blue Virginia

Front Page » Local News » Ralph Northam: Back from the dead in now-blue Virginia 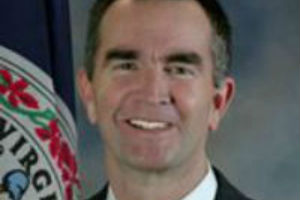 Do you remember where you were when you heard the news about the Ralph Northam blackface-KKK photo controversy?

And do you remember that it was … just earlier this year?

It was, indeed, Feb. 1, 2019, and for me, I was ordering dinner in a Mexican restaurant, when I got an alert on my phone, clicked on the story, saw the photos, and wondered if Northam would make it through the night as governor.

Then it became, would he make it through Saturday, then the weekend.

Fast forward nine months, and Northam is about to become the most consequential Virginia governor in a generation.

“Virginia spoke, and we’re going to listen, and we’re going to take action,” Northam said at a ceremonial Cabinet meeting yesterday in the State Capitol, during which he called on his Cabinet secretaries to lay out their agendas for the Democratic legislature that will convene in January.

For starters, eight common-sense gun-reform bills that Northam had proposed ahead of a special General Assembly session that he called in July that Republicans scuttled in an hour and a half.

The legislature will take up the Equal Rights Amendment, and if it passes, which, come on, Virginia becomes the 38th, and final, state needed for ratification.

Northam wants legislation that will give localities the authority to remove Confederate monuments, overturning a 1904 law.

This is about as common-sense as legislation can be. Charlottesville 2017 doesn’t happen if localities have that authority.

“My thoughts are, the localities are in the best position to make those decisions,” Northam said.

Even the hideously misnamed “right to work” could be on the table.

Yes, I know, shudder the thought.

But Virginia is no longer a red state, it’s no longer a purple state, as a reporter tried to suggest to him after yesterday’s meeting.

“This is a blue state,” Northam corrected the reporter. “I made that announcement last night. … So Virginia’s blue. I want everybody to know that.”