Radford pulls away from shorthanded Longwood, wins back end of back-to-back, 62-53 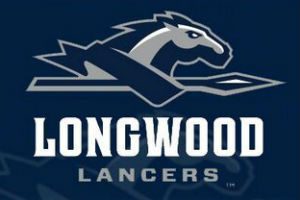 Radford got 14 points from freshman Fah’Mir Ali, and the Highlanders clawed back from a double-digit deficit to overcome Longwood, 62-53, in Game 2 of the Big South series Tuesday evening in the Dedmon Center.

Just 24 hours after pulling out a 67-66 nail-biter over the shorthanded Lancers (1-5, 0-2 Big South) in Monday’s Big South opener, the Highlanders (3-4, 2-0 Big South) once again took charge of the game’s final minutes Tuesday.

Squaring off against a Longwood lineup laden with youth in the absence of injured veteran guards Heru Bligen, Jermaine Drewey and DeShaun Wade, Radford erased a 10-point halftime deficit and ended the game on a 8-0 run and a perfect 8-of-8 stretch at the free throw line.

Radford’s comeback negated a dominant first half in which Longwood held the Highlanders to just 16 points until the halftime buzzer when Josiah Jeffers hit a three-pointer, drew a foul and hit the free throw for a four-point play. Despite that miscue, Longwood still took a 30-20 lead into the locker room, but the Highlanders carried that momentum into the second half and opened a 27-12 run that gave them a 47-44 lead with 6:39 to play.

From there, Radford matched Longwood bucket for bucket and never trailed the rest of the way.

“I’m extremely disappointed,” said Longwood head coach Griff Aldrich. “This team is struggling to find itself right now, and we have a team that will play great basketball, will compete, will play extremely hard. We saw that at Wake. We saw that at North Carolina A&T. I thought we saw it last night, and we saw it in the first half of the game tonight. We were spectacular in the first half tonight. Then we came out and we saw a VMI and a Greensboro effort in the second half.”

The difference between Radford in the first and second halves was a shooting percentage that climbed from .250 (5-of-20) to .481 (13-of-21) and a defense that converted 11 Longwood turnovers into 18 second-half points.

​Longwood, once again using a youthful rotation comprised of two freshman starters and seven first-year Lancers, got more than half of its scoring from its freshman class. Hill, the reigning Big South Freshman of the Week, led the way with a team-high 14, while Nate Lliteras scored a career-high nine and Granlund finished with five. Of the Lancer freshmen, Hill played 33 minutes, Granlund 25, Lliteras 14, Bennett Mohn 13 and Cameron O’Conner six, as Longwood head coach Griff Aldrich squeezed out exactly half of his team’s minutes from those first-year collegians.

Radford’s halftime turnaround culminated in the game-clinching rally that began with Radford nursing a 54-53 lead with 1:34 to play and saw the Highlanders hold the Lancers scoreless on the final four possessions. Quinton Morton-Robertson recorded a steal with 46 seconds left and Lewis Djonkam blocked Longwood’s next shot before the Lancers’ final two possessions ended in a turnover by freshman guard Jesper Granlund and a missed three-pointer by fellow freshman backcourt mate Justin Hill.

Radford paired those defensive stops with perfect execution at the charity stripe, as Xavier Lipscomb and Morton-Robertson both knocked down all four of their free throw attempts down the stretch.

“We lost discipline, we lost focus, but the biggest thing is we got outcompeted again,” Aldrich said. “I’m not going to sugarcoat that.

“We have to come out and compete every single night to be the best team we want to be. Considering the roster we’re working with right now, there’s no excuse for that. Everybody should be out fighting as hard as they possibly can. I’m just really disappointed in the second half.”

Radford also made use of its newcomers, with Ali finishing as the Highlanders’ lone double-digit scorer and fellow freshmen Lipscomb and Morton-Robertson playing key minutes down the stretch. Radford’s bench also came up big by contributing 29 points as 10 different Highlanders scored, including a combined 6-of-11 shooting performance and 19 points from the reserve trio of Josiah Jeffers, Shaquan Jules, and Xavier Lipscomb.

With their first two-day Big South doubleheader behind them, the Lancers will return to non-conference play briefly with a home matchup against The Citadel this Saturday, Dec. 19, at 12:30 p.m. and the non-conference final at Virginia Tech Monday at 8 p.m. After a nine-day holiday break, Longwood will then resume Big South play against UNC Asheville on Dec. 30-31 in Willett Hall.