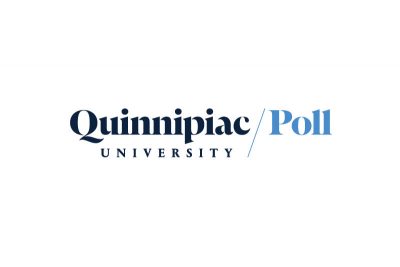 The poll pegs the support for among Democratic Party voters and independent voters who lean Democratic at 32 percent, followed by Massachusetts Sen. Elizabeth Warren at 19 percent.

Andrew Yang receives 3 percent, and no other candidate tops 1 percent.

Looking, then, to the general election, the Quinnipiac poll has Biden defeating Trump by a 54 percent-to-38 percent margin.

Of note: Quinnipiac tested Trump against five top Democratic Party presidential contenders, and the president didn’t get past the 40 percent mark against any of them.

“In hypothetical matchups between President Trump and the top five Democratic presidential candidates, one key number is 40,” said Quinnipiac University polling analyst Mary Snow. “It’s the ceiling of support for Trump, no matter the candidate. It hovers close to his job approval rating, which has stayed in a tight range since being elected.”

One thing hurting Trump is, well, Trump being Trump. His trade war with China is hurting him where he thinks he is strongest, on the economy.

“As trade tensions with China dominate the headlines, confidence in the economy is slipping,” Snow said. “The number of people who think the economy is getting worse rose by double digits since June. And roughly four in 10 voters blame the president’s policies, saying they are hurting the economy, the highest level since Trump took office.”

Overall, voters say, by a 56 percent-to-38 percent margin, that they disapprove of the way Trump is handling his job as president, compared to the 54 percent-to-40 percent disapproval he received a month ago.