Convenience stores and gas stations across Charlottesville and beyond are currently counting the cost of removing their ‘Queen of Virginia’ machines, as the debate about what does and doesn’t constitute gambling in the state rumbles on. Gambling has long been frowned upon in the state, but as the existing laws don’t relate to online gambling, confusion has developed about when and where it’s appropriate to place bets.

The ‘Queen of Virginia’ games – which in appearance are broadly similar to the kind of slot machine attractions you’ll find lining up along the walls of every single casino in Las Vegas – had been thought to be exempt from the ban because they’re not outright games of chance. Although money can be won and lost by playing the game, there is also a degree of skill involved in taking winnings from the machines, which led store owners to believe they weren’t violating the laws by installing them. That belief was torn apart when Commonwealth’s Attorney Joseph Platania deemed them to be in violation of state gambling laws in a ruling issued on June 7. Platania ordered that all of the offending machines should be removed within 30 days of his edict, meaning that any outlet still offering them to customers will now be open to prosecution. 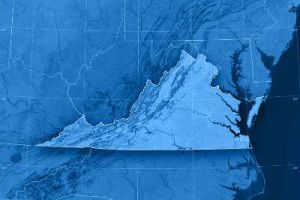 Customers who have played the games have been assured that they won’t be targeted for prosecution, but stores and vendors were explicitly warned that simply disconnecting or switching off the gaming cabinets will not be enough. The devices must be completely removed from all premises, or owners will face the wrath of the law for being in possession of an illegal gambling device.

Unsurprisingly, the company responsible for the manufacture of the devices disagrees with this assessment. They’re especially aggrieved at the verdict because a period of consultation with Commonwealth Attorneys took place before any machines were installed, at which they were assured that the machines were compliant. They also state that Platania has ignored correspondence issued to them, and failed to respond to requests for a meeting where his concerns could be addressed further. According to further reporting on the matter, they’re considering ‘all options’ in relation to Platania’s ruling – including pursuing legal avenues of their own. They’ve been keen to point out that the machines had thus far generated in excess of $300,000 of tax revenue for the area, and therefore financial losses will be felt by more than just the owners of premises where the games had been installed.

Platania is a recent appointment to his role, and his position on the matter is seemingly at odds with his predecessor. Beyond that, Virginia’s laws on gambling as a whole appear to be in need of an overhaul in order to be relevant to the modern world. The state has historically been opposed to gambling in the majority of its forms, but has made exceptions for some forms of gambling which it considers to be less objectionable.

As an example, horse racing and off-track betting are currently legal at licensed premises, but other forms of animal racing are prohibited, with especially punitive measures in place against greyhound racing. All casinos are prohibited, as are all devices which enable gambling, including slot machines. Games where money can be placed on a specific outcome, where that outcome is dependant on skill, are legal. That’s where the makers of Queen of Virginia thought they had room to operate, and so it’s come as a shock to them that they were apparently wrong. It may be the case that a court will now be asked to rule on the matter if an agreement can’t be found between themselves and Platania.

Although it’s difficult for residents of Charlottesville and Virginia as a whole to place bets anywhere in person, there’s no such restriction on them undertaking betting activities online, which makes the effectiveness of any ban on physical betting questionable. Thanks to the progression of technology – and the internet in particular – gambling online captures a larger share of global gambling revenue with each passing year. With no restriction on access to online casino websites, it’s believed that thousands of people within the state use the internet to gamble daily. Although they can’t play physical slot machines online, they have access to hundreds of different online mobile slots. Thanks to the prevalence of mobile slots, it’s even possible for them to stand in a location that’s just had its ‘Queen of Virginia’ machine removed, and gamble on similar games using their phones. As there’s no clarification as to why it should be legally acceptable to gamble online but not in person, it’s understandable that casino companies and gaming manufacturers feel a little hard done by as a result of the ruling.

As well as losing out on the revenue brought to their premises by players using the machines, some store owners are now also out of pocket because of the money they paid to secure the machines in the first place. One such store owner is Saurabh Godhwani, who owns a supermarket on Cherry Street. He’d initially paid for only one of the ‘Queen of Virginia’ machines, but then decided to order three more to keep up with demand after they proved to be popular with his customers. He agrees with the position of the manufacturers – having tried to play the games himself, he feels it’s impossible to win money from the games without accuracy with button presses and timing, and therefore there’s as much skill involved in the outcome as there is chance.

As the deadline for the removal of the machines is now at the point of expiry, and there’s no sign of Platania accepting the invitation for a meeting or reconsidering his position on the machines, it would seem that for now, the company behind ‘Queen of Virginia’ will be left to lick their wounds and try again another day. Meanwhile, as the prospects of a relaxation in regional gambling laws appear to take a step backward, many across the state will simply go back to gambling online without any fear of criminal reprisal. This is a case where greater clarity in the law would appear to be required urgently.