Pros and cons of MotoGP sponsorships

Sport sponsorship is a very lucrative and robust venture that brand should consider. It’s a 360 degree advertising tool that showcases its brands internationally. Sponsorship makes sense for different brands to consider as there are tons of benefits that come with it. However, before jumping into the pool of sponsorship opportunities, a brand needs to define their reasons to choose MotoGP sponsorship before taking the plunge. 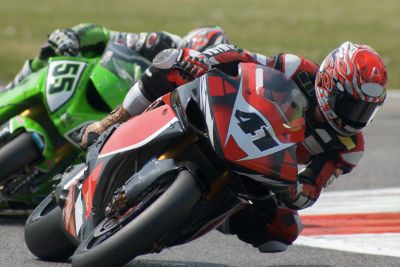 Sponsoring this elite championship can cost an arm and a leg for the brands but trust me, it’s worth every penny. For instance, a racer would choose to purchase a bike or hire one. The cost of a top class engine is between 200,000 – 250,00 Euros while hiring can be upto 2 million Euros per season. These are high costs to not only the riders but also the teams. The sponsorship relationship therefore is symbiotic as both the brands and the racers need each other to prosper.

Perhaps the most important benefit of sponsorship is brand visibility. Quite a huge number of fans get to experience the MotoGP either physically by travelling to the MotoGP destination or via the TV. Almost 207 countries get live streaming on their TV sets for a total of 20,227 broadcasting hours per year. This reaches close to 428 million homes across the globe.

The passion that the MotoGP drives is like no other. Often the audiences of the sport are long-term and deeply rooted fans. These fans are known to be very attentive and receptive to not only the game but also the sponsors. A study carried out reported that, 83% of this audience said that brand association with MotoGP was a good enough reason to prefer them over their competitors. Additionally, some claimed to have purchased products or services as a result of the brand association.

Sponsorships definitely increase the sales of a brand as well as the brand positioning in international markets. Moreover, in the 21st century, it’s important to note that social media is everything. MotoGP sponsors have understood the importance of utilizing social media to hype the race series. Etihad and Repsol are fine examples of such brands that have mastered this art. There is definitely return on investment when companies venture into sponsorships.

Probably the one and only con of sport sponsorship is the cost implication. Sponsorship is not cheap by any means. Behind the scenes, there are quite a number of important budgets that have to be addressed such as salaries and sponsorship investment. The MotoGP championship is very rewarding and most of the time what you give is what you get. Sponsorship will give the brands a huge return on the image and prestige as one of the sponsors of the race series. The size of the budget will direct brands on what to sponsor. A company can choose to sponsor the race as a whole, sponsor a particular or an entire team.

Grand prix must be one of the top world’s tourism ventures. Unlike other sports such as soccer and athletics that have to be done in stadiums, MotoGP run through city streets surrounded by landmarks. This serves to showcase and open up a city to the world. However, this comes with a high-octane price to pay.

Normally, there isn’t a standard rate card for hosting the MotoGP and the fees that arise with the races differ from season to season. Most governments choose to sponsor the majority of the races in most countries then let brands take individual races.  For instance, in the last season, 15 out of the 19 races were funded by their governments. It was estimated that it cost the country approximately $600M to host the race.

A brand will have to do research on the best teams to sponsor to ensure ROI. The main factor to consider is the status of the team and the drivers. World renowned drivers will definitely cost more but brand association will definitely pay the brand back. Team performance in recent years is another factor to consider. Truth be told, winning teams are featured more on camera equating more exposure for the brand.