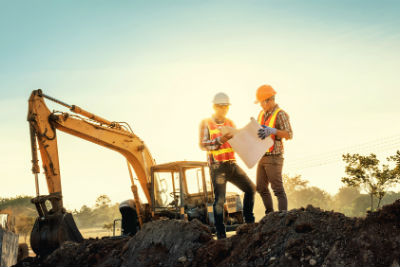 Successful project manager Mark Corum has recently launched his latest deck and construction company, Square One. Just days after launch, Square One has a full list of clientele, forcing the company to create a waiting list to avoid stretching themselves too thin.

Mark Corum is no stranger to success. He has worked as a project manager for the past five years. He generally provides services to businesses and homeowners, having worked on a range of projects throughout his career. Notably, he has been contracted by several celebrities located in the Hollywood hills.

Mark has managed hundreds of projects. While Mark provides a range of services, he specializes in kitchen remodeling and decks. By specializing in such a specific niche, Square One stands out from many of its competitors.

Despite his prior successes, Mark Corum and the Square One team faced a number of challenges prior to launch. The primary issue was finding an investor that would invest in the company to get it off the ground.

“Getting the funding we needed to start proved to be problematic,” Mark comments in an exclusive interview. “It was touch and go there for a while, but we were finally approached by an investor who came through for us.”

The primary problem faced by Mark was convincing investors that his company stood out from the rest. Project management companies exist in the hundreds in California. Rising above the crowd as the new kid on the block required tact and a willingness to think outside of the box.

As such, Mark launched a marketing campaign that leveraged the success of projects he had completed for his past celebrity clients. This built excitement in the company and an investor stepped forward to provide Mark with the capital needed to launch Square One.

Square One offers a range of services, including deck and kitchen renovation, new construction projects, turnkey projects, interior fit-outs, site improvements, remodels, and renovations. Mark and his team also take on projects that are already underway.

Having a full client list at launch proved to be a challenge within itself. However, Mark’s expertise in kitchen remodeling and deck design allows him to provide a speedy service without sacrificing quality.

One of Mark’s recent clients brings him back to his old stomping grounds in the Hollywood hills. While the name of this individual remains undisclosed as of this time, it’s hinted that they may be a well-known celebrity.

“I’ve worked with a lot of big-name people,” said Mark. “Word gets around in this industry when you provide a quality service. I’m happy to say I already have a well-known celebrity on my client list with more projected to come over the course of the year.”

Plans for the future

Mark Corum says he has big plans for the future of the company. Having already proven his success time and again in past ventures, he proudly strives to continue providing a top-quality service through Square One.