Previewing the NBA: Heat are leaders of the Southeast Division 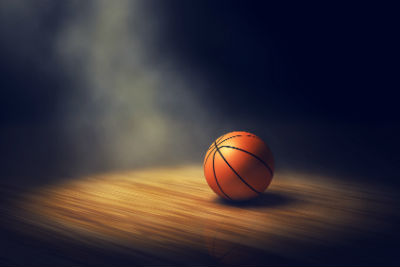 Last season, the Southeast Division featured two playoff teams and the Eastern Conference Finals representative. The Miami Heat won the division on route to upsetting the Milwaukee Bucks and Boston Celtics in the playoffs. While the Heat is hopeful to make a run at the playoffs, the Southeast Division was the most active division during the offseason. Let’s take a look at what there is to expect from these teams during the 2020-2021 season.

Trae Young is coming off his first All-Star appearance and enters his third season. Young is expected to be an All-Star again according to vbet review and other online platforms. John Collins, who averaged a double-double last year, could also be in the mix. While the Hawks have intriguing young talent, the team made moves to bring in Clint Capela, Danillo Gallinari, Bogdan Bogdanovic, and Rajon Rondo. The Hawks could make a run towards the playoffs, but that all depends if De’Andre Hunter, Cam Reddish, and Kevin Huerter can take the next step forward in their development.

Ever since Michael Jordan took over the Hornets, the franchise has made the playoff just one time. Jordan has made some poor moves. The Hornets ranked last in points per game, barely averaging over 102 points per contest. That’s why the team used the No. 3 overall picks on LaMelo Ball and signed Gordon Hayward in free agency. In high school, Ball once scored 92 points, while Hayward was once an All-Star caliber player. The franchise is hopeful the two additions would turn into points.

From the bubble to the NBA Finals, Tyler Herro made a name for himself. His most memorable performance was his 37-point outburst against the Boston Celtics in Game 4 of the Eastern Conference Finals. When Bam Adebayo and Goran Dragic battled injuries in the championship, it was Herro stepping up as the second-leading scorer. Now, Herro should look to take the next step this year and add additional firepower to this team. With Jimmy Butler and Bam Adebayo returning as All-Star selections, a healthy Dragic, and tons of depth, the Heat are in a great spot to get back to the NBA Finals. That’s also without the chance of the team potentially landing James Harden via trade.

The Magic barely made the playoffs last season with a 33-40 record. The team is hopeful that former No. 1 overall pick Markelle Fultz can be a key addition to the team. He had a productive year last season with 12.1 points per game, 3.3 rebounds, and 5.1 assists in 72 games. At just 22 years old, there is no reason to believe that Fultz can’t be a standout basketball player in the league. Aaron Gordon and Nikola Vucevic are back to lead the team’s frontcourt, but there are a lot of holes on this team. No major additions were made in free agency besides drafting Cole Anthony and signing Michael Carter-Williams. It could be a rough year for Orlando.

Adding Russell Westbrook will help the defense to an extent based on how hard he plays overall. As a team, the Wizards play no defense. The team ranked second-worst in points allowed per game (119.1) and were just 0.6 points away from being ranked dead last. Among other alarming stats, teams shot 48.1% from the field, and 37.6% from the three-point range. On offense, with just Bradley Beal alone, the Wizards ranked No. 7 overall in points per game (114.4). If the team can shore up the defense, Washington could be a dark horse in the Eastern Conference.