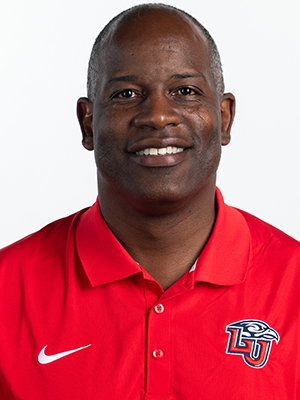 Overall Thoughts on the Game

“I want to say ‘to God be the glory.’ Thank our Lord and Savior, Jesus Christ there for the victory. I want to thank the fans for coming all the way out. It was great to see our student sections and really everybody was totally into the game. It had a big factor in the game and helped our football team be successful and get this victory. Then also again, I want to thank the late Dr. Falwell of his vision and for it to come to fruition today. I know he is watching us today and pretty excited about what just happened. And also President Falwell right now, I want to thank him, continuing his vision of his dad and continuing what he is doing for this university in such a mighty way. I appreciate all his support and all the things he has done and will continue to do and I appreciate that.” “Proud of the way they played. Defense really played lights out, they did a fantastic job throughout the ball game. They (Old Dominion) obviously moved the ball a little bit there and our defense in the red zone and those areas played strong defense and kept them out of the end zone. I know they missed a couple of field goals and all those things that occurred and so I am just so proud of this team here and we just want to make sure that we build from this victory and continue to grow. We still got a long way to go but we got some things we got to get ironed out. Offense and defense we had some inconsistencies in some of our plays that we had some guys that are not doing what they are supposed to do and it didn’t cost us but it could have cost us so we will get those corrected. So again, proud of the fans and again we are just so happy for the victory.”

“Those were huge, they didn’t get any points on the board maybe even if they made one of the two it might have been a difference in the ball game. We were struggling moving the ball offensively so it was great to see them miss it and our guys played hard. That is what we talked about, just play as hard as you can and let God do the rest.”

On New Faces on Defense

“I guess I am a little bit surprised of the overall performance. We got some things we need to work on but I am proud of the way they continued to play. We played a lot of guys and a lot of guys that maybe didn’t play as much whether they were junior college kids or guys that we had redshirted before and got in the ball game. We are going to need everybody so it is great that we got quality reps with a lot of guys on defense. Actually we got a lot of quality reps on offense and even in our special teams and so it was a great game for us in the first ball game to really evaluate where are we right now and you never really know until you play the game so it was great to see everybody perform at the level they did.”

“We like his matchup on anybody until they double cover him that is one thing but if they go man-to-man we feel like he can match up on anybody and we are going to take advantage of that situation. We got good receivers, B.J. Farrow and DJ Stubbs had a great game there too. Our running backs ran well and the offensive line did a good job so overall everybody did a good job and our matchup there with 11 (Gandy-Golden) we will take A.G.G. against anybody.”

On Players Who Replaced the Suspended Players

“Well, we are going to be a discipline football team and they violated some team rules and I got to stand by that and do what I have to do and it was great to see our guys respond as far as the other players who got that opportunity. It is going to make us a better defense and make us a deeper defense because we were going to need everybody throughout this ball game and I am proud of this football team and the way they performed tonight.”