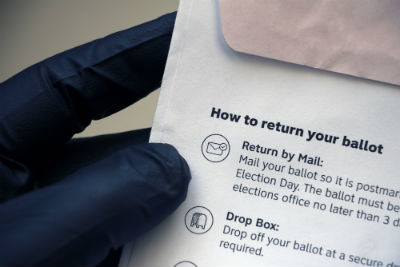 Postmaster General Louis DeJoy, his hands apparently having been caught in the cookie jar, is walking back his plan to institute operational changes at the United States Postal Service until after the Nov. 3 election.

“To avoid even the appearance of any impact on election mail, I am suspending these initiatives until after the election is concluded,” said DeJoy, who was appointed by the Board of Governors of the U.S. Postal Service in May, and has been under fire for the changes ongoing at USPS that have contributed to significant mail delivery delays across the country.

Making the matter more pressing, of course, is the expected increase in mail traffic with millions likely to cast absentee ballots for the 2020 presidential election.

“I want to assure all Americans of the following. Retail hours at post offices will not change. Mail processing equipment and blue collection boxes will remain where they are. No mail processing facilities will be closed. And we reassert that overtime has, and will continue to be, approved as needed. In addition, effective Oct. 1, we will engage standby resources in all areas of our operations, including transportation, to satisfy any unforeseen demand,” DeJoy said in a statement released today.

DeJoy stressed that USPS is “ready today to handle whatever volume of election mail it receives this fall.”

“Even with the challenges of keeping our employees and customers safe and healthy as they operate amid a pandemic, we will deliver the nation’s election mail on time and within our well-established service standards. The American public should know that this is our number one priority between now and election day. The 630,000 dedicated women and men of the Postal Service are committed, ready and proud to meet this sacred duty,” DeJoy said.

Rep. Abigail Spanberger, D-VA, has been a vocal critic of DeJoy, and she stressed after today’s announcement from the postmaster general that he has not offered anything concrete to back up his sudden about-face.

“Since Friday, my office has received more than 1,200 messages from Central Virginians voicing concern for the U.S. Postal Service and frustration at ongoing attempts to sabotage this vital institution. Our neighbors, seniors, and local business owners are concerned about the administration’s escalating hostility toward the Postal Service, and they don’t want to see their important mail and deliveries taken hostage during a blatantly political fight,” Spanberger said.

Congressman Gerry Connolly, who has called for DeJoy’s resignation, issued a statement promising to continue pressing the postmaster general.

“Postmaster General DeJoy cannot put the genie back in the bottle,” said Connolly, the chairman of the House Subcommittee on Government Operations. “Sunshine in the form of public pressure has forced Mr. DeJoy to completely reverse himself. While this is a victory for all voters and every American that relies on the USPS, congressional oversight cannot be interrupted. If Mr. DeJoy has nothing to hide, he will come to Congress with answers to our questions about the service disruptions that have defined his tenure as Postmaster General. Accountability is the cornerstone of our democracy.”