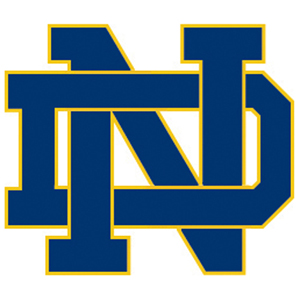 Notre Dame coach Mike Brey and players Bonzie Colson and Matt Farrell talk with reporters after the Irish held off Pitt, 67-64, on Tuesday in the 2018 ACC Tournament.

MIKE BREY: We are thrilled to escape, and that’s kind of what you expect in tournament play, that they’re all going to be tough. I thought our defense was a key, and we obviously really got to the foul line and made free throws to escape Pittsburgh, who I thought really played very well in the second half. So we are thrilled that we live to fight another day.

Q. Congrats on win 500. Did it seem a little bit more pressurized than you expected?
MIKE BREY: Yeah, and I fought the whole time. I just thought it was going to be hard. You know what, everything has been hard for this team, everything. You know, even Matt Farrell said when we came in the locker room, said everything has been a grind for us the whole year. I’m glad — I kind of liked that we had some game pressure on us and had to make some decisions because I have a feeling we’re going to be in that situation tomorrow.

Q. Bonzie, how does the foot feel, and how has the last couple days been getting ready to play?
BONZIE COLSON: Yeah, I mean, the foot is healed. It’s fine. I did everything I can through the time I was hurt to get it ready as soon as possible. And it feels good to be back out there, and feeling good. And today we knew it was going to be a grind. We knew it was going to come down to game situations, and we’ve been through a lot of those this year.

It’s good to get that first win.

Q. No minutes restrictions?
MIKE BREY: No, he’s ready to roll. Hey, I’m going to get my money’s worth out of his eligibility. (Laughter).

Q. Mike, looking ahead to the Virginia Tech game tomorrow, what you need to do differently or better than the first meeting, and how completely different a game is this going to be, because obviously you did not have either one of these guys for the last meeting.
MIKE BREY: Yeah, I mentioned that in the locker room. I thought we played our hearts out at our place without those two guys. It’s great to have them back. But Virginia Tech is really hard to defend, and we’re going to have to be good offensively tomorrow because you’re just not going to stop them. I really have a lot of respect for them, and it’s a great challenge for us the way they spread you out with guards and the way they shoot the ball.

Q. For the players, it would be easy to look past a team like Pitt today coming into the game with their record. Do you feel like that happened at all, and were you surprised to be in a game that was as close as it was down the stretch?
MATT FARRELL: No, they shoot the ball from three very well. If they were making shots, we knew we were going to be in a tough game. And looking at the stats, we were 5 for 19 from three, so we didn’t really play the way we wanted to offensively, but we defended well enough to win, which is a really good sign for us. And if we want to go far in this tournament, we’ve got to defend.

BONZIE COLSON: Like Matt said, we knew a lot of their shots were three-pointers, so we tried our best to guard that, and we’ve got to be a little bit better on the offensive end and just getting good shots every time, but it was good to get the first win.

Q. Mike, how big of a part was you guys getting in the bonus early in that second half?
MIKE BREY: That was the difference in the game, that we got to the bonus quick. We got to the double bonus quicker than we’ve gotten to it all year, and we’re really good from the line, and it’s a great weapon for us. We tried to emphasize driving the ball more as we got ready for up here, and so you do pick up some more fouls. But it won the game for us, our free throw — getting there and then making them.

Q. Matt, Coach mentioned when you went into the locker room, you talked about how this whole season has been a grind. How has this whole season with injuries and everything prepared you and prepared this whole team for March and what it brings?
MATT FARRELL: Yeah, we feel we’ve come through more adversity than anybody in the country, but our guys have fought hard all year, and I think it’s made us mentally tough. We know a lot of games down here are going to come down to game situations just like today, and that’s things we practice, so we just need to stay calm and do what we do. But it’s been a tough year, but we’ve had a lot of success here, so we’re excited.

Q. For the players, do you feel any pressure going into tomorrow thinking, okay, well, we probably need to win another game to impress the tournament selection committee?
BONZIE COLSON: Yeah, that’s not what we’re focusing on, the future. We’re focusing on getting a win tomorrow and doing what we have to do to get the win. We’ve still got to stick with our habits on both sides of the floor and do what we do, share the ball, defend and get stops. But yeah, the future will happen with the tournament. That’s not what we’re focusing on right now.

MATT FARRELL: Yep, he said it. We’re focused on winning this. That’s all that matters right now.

I think it really helps us. It helps us that we got all the way to Saturday night last year, and this group experienced a deep run.

BONZIE COLSON: Yeah, I think we’re really good and confident in this building, and we know we’ve had a lot of wins. And we like that city life, get away from South Bend a little bit, so I think that helps a little bit. Having our family come down to support, a lot of us are from the East Coast, so that’s good, as well. We feed off the energy, and we’ve just got to keep doing us.

MATT FARRELL: Yeah, we definitely enjoy being here, that’s for sure. It’s nice to get away from South Bend for a little bit and be here in the city, so it’s fun.

MIKE BREY: These guys are killing my recruiting. (Laughter).

Q. For the players, Mike getting his 500th win. Do you think he can catch Krzyzewski?
BONZIE COLSON: Yeah, he’s a great coach. He gives a lot of his guys confidence, and he lets his players go out there and play the game, and I think that’s important for all of us. Having confidence, when your coach gives you confidence, you feel like you can do anything on the court. Really happy for him getting that accomplishment.

MATT FARRELL: He’s the best coach I’ve ever had for sure, and he treats you like a man, so that’s something that I really respect. I think I could speak for Bonzie that we’ve had a lot of success here, and we’ve been blessed to be here for the four years.

Q. Mike, what do you need to do better than you did today offensively to get a win tomorrow. And also, you didn’t get to take these guys out early. How much does that concern you?
MIKE BREY: Well, we’ve got all our recovery people back at the hotel, and I love the fact that we don’t play until 7:00 tomorrow. So that gives a little longer. But these guys are getting ice baths and we’ve got the chiropractor here. And we knew how to do it last year. I’m not concerned. I think these guys needed to play here, and this group — again, the starting group, because Bonz had been out, hadn’t played as much together. I think it helps them that they get to play together.

You know, I think us going inside and taking advantage maybe of some size, can we get to the backboard, can we post a little bit against them. But chasing them off the three-point line and keeping drivers in front of you. You know, it’s easy to say. It’s hard to do with Virginia Tech. They are really explosive.

Q. Along with what Matt was saying, I think you addressed some of it, but when he said that all the adversity you guys have faced, how much tougher it’s made you, could you just comment on that? How does that show itself in a game like this?
MIKE BREY: Yeah, I think this senior class, I’ve had a lot of great seniors. We have guys that go four and five years, and this senior class will always have a special spot in my heart because of how they led through really kind of a crisis situation, you know, with the injuries. And they have been men, and they have kept the group together, and they’ve kept us believing. I almost feel that they deserve some good fortune now after going through it all. But we’ll need more than good fortune against the Hokies. They’re really good.