Positive and negative effects of marijuana 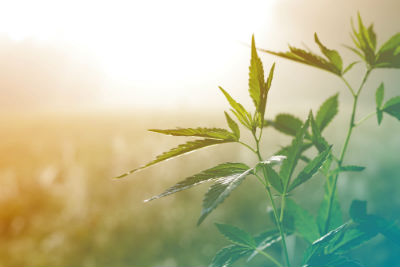 Weed or marijuana has become popular over the years in the west and now is highly consumed for either medicinal purposes or for recreation.

Due to its popularity, it has been commercially employed at a wide scale and the cannabis industry was reported to have an up rise after it’s legalization, according to reports in the 2019 the market was overflowing with nearly tones of different strains of weed which also brought revenue and profits to the growing industry.

Although it’s growing use by the public raised many concerns whether it would have a positive or negative impact on the health of the consumers, so a lot of research was carried out which proved that it’s effects on an individual depends upon the kind, strain, quantity of the weed used by an individual.

It is important to know the anatomy of the cannabis (weed) plant to get to know what constituents are of therapeutic use or of greater potency.

The scientific name of the weed plant is Cannabis Stavita the plant is naturally indigenous to the eastern Asia but now has been cultivated in different regions too due to technology based growing systems which includes the specialized indoor-outdoor, the Hydroponic and aeroponic systems.
The plant has both male and female parts (hermaphrodite) or are unisexual depending upon the kind or strain , but mostly for recreational purpose the female plant is prioritized because its leaves are dried and used in bongs or cigarettes and it’s parts are free from pollens as of male provides the pollens and is although not cultivated for use but is important for further breeding and cultivation of the plant.
The flower and the bracts of the female plant are rich in trichomes which are leaf shaped parts and contain most of the potent constituents which are called as cannabinoids which  gives the plant it’s aroma and contains most of the essential oil,  which has found to contain THC (TETRAHYDROCANNIBINOL) and CBD (CANNABIDIOL) in abundance which are widely employed for its use medicinally and recreationally.
Cannabis was first classified as a controlled substance and was placed under schedule i under the controlled substances Act but later on its use was legalized by the federal law. Although it’s long-term or short-term use can have an impact on the human body. Following are the positive and negative impacts of weed.

Some of the acute side effects of the drug include euphoria, altered sensory perception, dependency, increased appetite.  Some of the long-term effects include:

Due to its therapeutic potency weed can also be used widely to treat a lot of disorders but one must ensure that the quality and appropriate dose for that many stores and online-dispensaries have been set up for instance budstars. Although its tolerance is developed over the years and can cause dependency when used over a period of time but dependency or addiction has only been reported in 10% of the individuals. Over the years, its positive effects have outweighed its negative effects and has gained popularity as well as acceptance in the society.