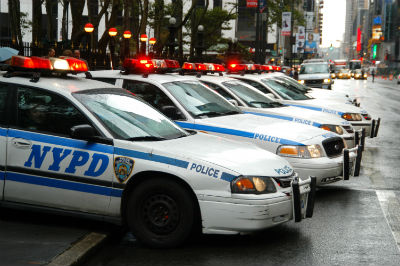 A disturbing Twitter video that surfaced at the height of the protests demanding justice for George Floyd provides vital insight into the NYPD’s misconduct against protestors in New York City.

On May 25, a Minneapolis police officer kneeled on George Floyd’s neck for some nine minutes while arresting him for a minor offense. The incident outraged the nation and led to an outbreak of protests, violence, destruction, and looting all over the United States. Since then, more peaceful Black Lives Matter protests emerged around the world.

Many cities established curfews in response to the public outrage against police tactics during the protests over Floyd’s death. In New York City, curfews started on June 1st at 11 p.m. The curfew was moved up to 8 p.m. the following night – and videos of police manhandling protestors soon went viral.

On the evening of Wednesday, June 3, de Blasio added additional heat to his already hot and full plate when the mayor labelled the scourge of COVID-19 and the controversy over Floyd’s death, “a perfect storm wrapped in another perfect storm.”

That only infuriated many New Yorkers who were speaking out against the mayor and demanding his resignation. These frustrated individuals included the somewhat odd couple of Hawk Newsome, local president of Black Lives Matter, and Republican councilman Eric Ulrich of Southeastern Queens.

Outraged former aides to de Blasio also expressed disapproval of the mayor’s approach — and his support of the aggressive enforcement.

A video went viral on the Twitter account of Maya Wiley, de Blasio’s former counsel, that vividly portrayed the unnecessary police actions on the night of June 3. The recording showed a man traveling home on his bike being beaten and chased by police. Many people stuck in traffic that night also witnessed the incident.

Another past advisor of de Blasio, Jonathan Rosen, even prompted MSNBC news host Lawrence O’Donnell to get the mayor’s response to the violent recordings of conflict between protesters and police in Brooklyn.

In response to the curfew requirement, Mayor de Blasio said, “In the context of crisis, in the context of curfew, there is a point where enough is enough. If officers say now is the point (when) we need you to go home, it’s time to go home.” He said he witnessed much restraint on the part of police and reassured the public that police actions would be reviewed, if necessary.

But advocates like Maya Wiley were not reassured and they urged witnesses to file a complaint with the New York City Civilian Complaint Review Board.

“The most charitable assessment is that his mayoralty is currently on life support,”  said Neal Kwatra, who has advised Governor Andrew Cuomo in the past.

The truth is that videos from that night are burned into the brains of many New Yorkers and will leave a lasting scar on de Blasio’s legacy.

After three historic victories, Neal Kwatra helped guide the 2014 re-election of Gov. Andrew Cuomo, serving as a political and media strategist for the campaign that led to the first time a Democrat was re-elected as governor of New York in over two decades.