Plan to get Virginia school sports back in action 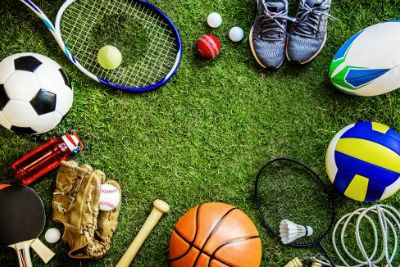 Following months of speculation, plans are firming up to help bring high school sports back to a level playing field across the county. Many sports, even on a global scale, have faced curtailment in recent times.

The VHSL is finally making strides in giving players, families and fans a temporary itinerary. Sports all over the world are beginning to restart again.

Fans and followers who may have filled the time playing games at a PayPal casino will now be able to fly their favorite flags once more.

What’s happening with the VHSL?

The Virginia High School League previously went to press with plans for one of three ways to restart sports and activities later in 2020. Of these models, officials voted for a ‘condensing’ of the usual schedules.

“We all understand the physical and mental health benefits of getting our students back to a level of participation,” confirmed Billy Haun, Executive Director for the VHSL. “The Condensed Interscholastic Plan leaves open the opportunity to play all sports in all three seasons if Virginia moves beyond Phase 3, and/or Phase 3 guideline is revised, and high-risk activities are allowed.

Previously, the VHSL mooted the possibility of banning sports such as football and hockey – even cheerleading – due to social distancing improbabilities. A further model, ‘Phase 2’, suggested that seasons for all sports would switch around.

VHSL’s ‘Phase 3’ will allow sports across state high schools to take place as normal. However, while all sports are now permitted, they will take place over a condensed, shorter plan of play.

This model will also stagger the usual seasons forward for 2020 only, heading into 2021. Effectively, the winter is likely to be the first season of action. That will be followed by a fall season that will move towards the end of the winter and a spring season which opens up towards the end of April 2021.

At this time, such figures are temporary; however, many will be happy to hear that there is a framework in place. With global uncertainty continuing, positive news regarding the sports schedules will help to bring some relief.

But will everyone be happy?

2020 has proven to be a challenging year for most people. Those involved in sports have felt the strain as much as anyone. Condensed and delayed seasons have left players without much to do.

The news that VHSL Phase 3 might not emerge until December might cause further concern. However, some will also likely advise that it offers players and coaches more than enough time to strategize.

In these unique circumstances, the VHSL continues to make sensitive decisions. The most controversial option, to curtail some sports altogether, is out of the picture. However, that is, providing safety measures can continue to roll out, and that teams, players and fans adhere to the rules.

The VHSL – and everyone involved – hope that 2020/21 will be the only time such measures need to come into play.