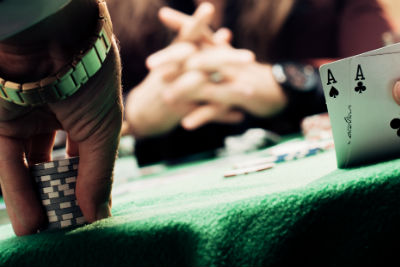 News from Pennsylvania Gaming Control Board (PGCB) says that the launch of Partypoker PA in Pennsylvania by the Partypoker US Network is expected either by the end of summer or early fall. So poker players in the state should look forward to its introduction and get ready with their cheat sheet for poker players.

In the monthly meeting of the Board which held on the 8th of July, the Chief Enforcement counsel of PGCB, Cyrus Pitre said that BetMGM, the online sports, and gaming company in the US simultaneously owned by both GVC Holdings and MGM Resorts International expects the approval of its igaming operator license, latest by the next board meeting which holds next month on the 5th of August.

According to the director of PGCB Communications, Doug Harbach, the company has already reached the testing stage of the partypoker platform.

He said that the PGCB and Roar have been working closely to launch the BetMGM apps and Party Poker, consisting of table games, interactive slots, and poker. He added that They have also been working on testing the interactive gaming platform and games of ROAR. PGCB expects to launch the software by the end of this summer or early fall.

The CEO of ROR digital, LLC, Adam Greenblatt, said that they have gone into this business to place BetMGM as a leader in the country’s sports and betting markets. They have been able to achieve this by combining the best of GVC and MGM Resorts.

BetMGM, as well as the partypoker platform in New Jersey, are being operated in the country by ROAR. Presently, ROAR hosts its partypoker called online poker room as well as poker rooms within Borgata Poker and BetMGM brands.

In a statement by the CEO of GVC, Alexander Kenny, he described the recent development in BetMGM as “an exciting time,” saying that BetMGM will continue to offer a quality sporting betting experience to its customers as sporting activities return once more to the US. He went further to say that the US market has a huge potential, and BetMGM is happy to have a good foothold in it by working together with MGM Resorts. He continued saying, the most important investment, by some distance, that GVC has made yet is investing in BetMGM. They are working hard to ensure that the company has all the resources and technical know-how it needs to establish itself as a leader in the market for a long time. And while at this, bringing in good returns for its shareholders.

Pennsylvania soon to become the Mecca of US Online Poker?

Presently, New Jersey and Pennsylvania are fighting over state leadership in generating the highest profit from online poker. In November 2019, PokerStars was introduced in Pennsylvania as the first online poker room, and ever since, both states have exchanged leads many times. But because of the expected introduction of partypoker by the end of summer or early fall, and the probability of WSOP.com launching later this year, Pennsylvania is expected to be the state leader when it comes to US online poker.

Pennsylvania has another possible player in the online poker market, which is GGPoker owned by NSUS group Inc. It has a pending application with PGCB.

If two or more online poker rooms open in Pennsylvania, the state is eligible to join the MuliState Internet Gaming Agreement, which clears the way for online poker operators to share player liquidity with other states such as New Jersey where they operate. If this happens, Pennsylvania would be crowned the official master of online poker in the US.