PayPal lifting up the game for Bitcoin cryptocurrency 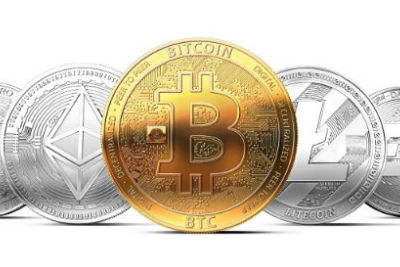 Bitcoins are being used by a huge number of traders and online sellers throughout the world. The most popular online banking system of the world called Paypal is also seen patching up with Bitcoin cryptocurrency.

Paypal works by an application that can be downloaded on all types of smartphones. The user has to login by making an account into PayPal by simply signing up to the app. PayPal is used for the sake of sending and receiving money more precisely local currency around the globe.

PayPal bonding up with Bitcoin cryptocurrency

The news that PayPal will work with cryptocurrency Bitcoin has been circulating throughout the digital market for the past few days but no one was sure about that. But recently PayPal has announced that it will provide its customer the service of using and sending Bitcoin cryptocurrency through the platform of PayPal.

Around the globe, 346 million customers are using the platform of PayPal. Paypal has taken a huge step by allowing its customer to use and trade cryptocurrency like Bitcoin, Ether, etc.

Although a number of mobile phone and other companies have already allowed the customer to use and shop using the Bitcoin cryptocurrency, PayPal being the biggest company in the U.S. has taken a very bold step. This makes PayPal stand out in the list of those companies who have been engaging the users with cryptocurrencies. To learn more, check out the Bitcoin code trading app.

Paypal has announced its agreement with Bitcoin cryptocurrency on its Twitter handle by saying that: “Today we announce the launch of a new service where customers can buy and sell cryptocurrency directly from there on a PayPal account.”

Mr. Joseph Edward who is related to Enigma Security is saying that this agreement will affect the price of the Bitcoin in a positive way. Another analyst had said that PayPal is the world’s biggest company to partner with any cryptocurrency to date.

Impact of the agreement

This facility has benefited the people of the U.S. who own a PayPal account. The theoretical work of this agreement has been completed, and it is estimated that this peer-to-peer relationship of PayPal and Bitcoin cryptocurrency will be available some time mid-year in 2021. This has helped PayPal coming a level up with respect to its rivals and other competitors.

Critics and the analyst of the trading market have stated that this agreement between PayPal and Bitcoin will plus the gains of both the manifestos.