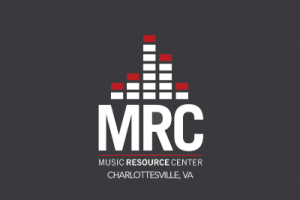 The first story idea that Tess Majors pitched to me, a year ago this week, was a piece that she wanted to write about the Music Resource Center.

The Charlottesville non-profit, founded in 1995, meant so much to Tess that she wanted to put a media spotlight on what it does for aspiring musicians in Central Virginia, with the hope that maybe young artists in the Waynesboro area, where she had lived for several years, would learn more about MRC and see it as a resource for themselves.

Now, time to pay it forward.

First, here’s the link to the story that Tess wrote for us during her internship with AFP this past spring about MRC.

As you will see, talented as she was as a musician, Tess could also bring it as a journalist.

Second, here’s a link to a Facebook fundraiser for the Music Resource Center that we’ve started in memory of Tess.

MRC offers professional-quality sound production to local students in grades 6-12 for fees as low as $1 per year.

It’s able to do so due to the generosity of people like you who give young musicians access to recording facilities, a performance hall, practice spaces and dance studios.

“This allows people who may not have access to instruments or facilities to do practically anything,” as Tess put it in her article on the Music Resource Center back in May. “Thusly, kids discover and refine their skills through experimentation. Since the MRC charges on a sliding scale based off family income, it is accessible to all kids, regardless of socioeconomic status.”

It was important to Tess that kids back in Waynesboro could come to know about the Music Resource Center.

“I wanted to write this article,” she wrote back in May, “in the hopes of getting word out to a demographic that may not have heard of the Music Resource Center before. As a member and someone who has interacted with various alumni, I can confirm that the organization is unique and life-altering.”

Life-altering to the point that Tess and her band, Patient 0, recorded their music there, but maybe more importantly, the Music Resource Center became a “second family,” she said.

“I have made some of the most unlikely friendships during my past two years as an MRC member,” she wrote.

That’s more than enough for me.

The Music Resource Center gets less than 5 percent of its funding from membership fees.

It’s up to people like you and me to come up with the rest.

Please join us in supporting the Music Resource Center.