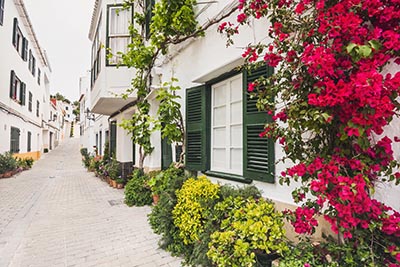 The first two months of 2020 indicated an exceptional year for the real estate sector in Spain, but then came the pandemic, and the country saw a 75 percent drop in property sales in March of 2020, compared to the same month of 2019. The state of alarm in Spain was finally lifted on June 21, and the first full month without alarm status from the pandemic brought with it both positive and negative news. On the one hand, sales grew by 20 percent in July compared to the previous month, confirming a market revival after confinement. But on the other hand, the number of real estate transactions totaled 32,654, a 32.4 percent decrease compared to July 2019, in what constitutes the fifth consecutive year-on-year decline, and the fourth drop of more than 30 percent.

The number of Spanish properties sold in July 2020 is the highest recorded since last March when the alarm state and confinement for the COVID-19 pandemic began and represented a 20 percent increase from June. This gain is the highest monthly increase rate in five years, according to INE (the Spanish Statistical Office) data.  In year-on-year terms, the real estate market marked a huge decline of 32.4 percent, following the collapses of March (18.6 percent), April (39.2 percent), May (53.7 percent) June (34.3 percent). Thus, so far this year, 26 percent fewer homes have been sold than in the same period last year. It should be noted the restriction of activities due to the pandemic is affecting all economic indicators in the country, with figures never seen before, not only in the real estate sector.

By property types, used home operations fell by 34.9 percent to 25,887, while new home sales fell by 21.2 percent over the same month of the previous year to 6,767. By autonomous communities, operations declined in all regions except the Basque Country, where they increased by 14.7 percent compared to July of the previous year. The Canary Islands (54.8 percent), Balearic Islands (42.9 percent), the community of Madrid (41.1 percent), and Catalonia (36.5 percent) recorded the most significant declines. Andalusia was the region that carried out the most property transactions in July with 6,620 sales, followed by Catalonia (5,032), the Valencian Community (4,676), and Madrid (3,890).

According to some experts, the data reflects that the market is recovering “vigorously” and that upcoming statistics will show significant monthly increases, albeit still below pre-pandemic figures. In addition, they attribute the July decline largely to the fall in foreign investment in the face of mobility restrictions imposed by various countries towards Spain.

“In June and July, the market has strengthened well after confinement, as many of the transactions carried out were prevented by the period of inactivity,” says the general coordinator of the National Federation of Real Estate Agencies (FAI), José María Alfaro. In his view, the market will gradually regain the trend towards price stabilization and slightly lower transactions already seen in early 2020.

The monthly sales data from Fotocasa, a leading Spanish property portal, indicates that demand has “woken up strongly after confinement,” according to the Director of Communications, Anas López. Following the adjustment period, after the new Mortgage Act came into force in the summer of 2019, which created extra obstacles for foreign buyers, the market had picked up pace in February 2020, to slow down significantly in March due to the pandemic. After the draconian confinement in Spain, in Lopez’s view, the revival of demand has been “very fast,” and there is “a lot of desire to move homes among the population”, which “could indicate that recovery in the sector may be faster than expected.”

Idealista spokesman Francisco Iñareta has also said that the data confirms that the market has begun to regain its pulse since the de-escalation began. While many transactions signed in the first few weeks after the state of alarm ended were those postponed by confinement, Spain saw purchases take place by citizens who decided to change homes during the lockdown along with plenty of investors in search of property bargains.