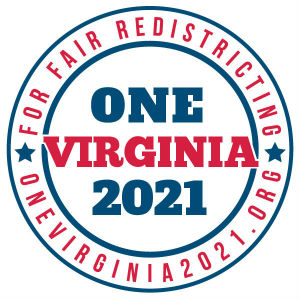 Building on their successes in last year’s November election, OneVirginia2021 will be out in force on Super Tuesday building its supporter base.

In polling places all around the state volunteers will spread the word about redistricting reform. Almost 100 volunteers will cover approximately 50 precincts, talking to thousands of voters and passing out over 13,000 pieces of literature on gerrymandering.

Catching people on their way out from voting, OneVirginia2021 volunteers will be a congratulatory presence thanking people for voting while engaging in friendly conversation about how gerrymandering impacts them locally. “Super Tuesday can be a divisive time, but citizens from across the political spectrum are united in their call for redistricting reform,” said Brian Cannon, Executive Director of OneVirginia2021. “We are grateful for so many folks willing to volunteer their time to support this cause. It’s a great way to talk to your neighbors about saving our republic while they’re doing their patriotic duty.”

OneVirginia2021: Virginians for Fair Redistricting is a group of dedicated people from across the political spectrum who believe congressional and state legislative districts belong to the citizens of our Commonwealth, and not to any legislator, special interest, or political party. We advocate for a fair process, not a particular political outcome.