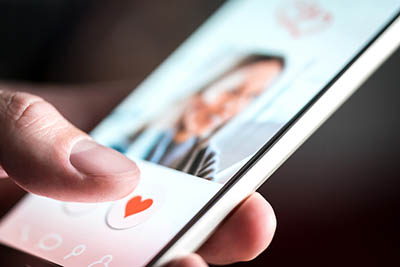 Socializing via dating sites is a fairly recent phenomenon. However, some people consider online dating inferior to the good old meetups in real life. It is fair to say that there are a dozen reasons to choose an online friend over a stranger on the streets. People prefer getting to know their potential partners on the Internet first for obvious reasons. Some people have social anxiety and going online is the only way to communicate with the world. LGBTQ+ members use the web to find like-minded individuals.

Bicurious chat users confirmed that online dating helps to look for love, breaking down boundaries, and making stronger long-term relationships. Here are some of the key reasons identified as being most beneficial for addressing contemporary issues.

Singles have consistently outlined social isolation as being a major issue. This is particularly the case for members of the LGBT community who are more restricted in the outlets they can congregate than their straight counterparts. The sense of being cut off is exacerbated if the individuals concerned live out with metropolitan centers. Even those living in bustling communities can find themselves cut adrift from others they might share their sexual orientation with by geography or, again, by a lack of suitable meeting places.

Dating outlets provide the ideal solution to these particular social problems. By signing up to an appropriate dating resource, individuals can sift through profiles, seeking out people they have a lot in common with. Conversations can be instigated within the tapping of a few buttons on the keyboard, with many of these connections developing into sincere relationships.

As mentioned, dating sites are so much more than simply platforms where people can get introduced to prospective partners. They represent entire communities where like-minded individuals can congregate and provide support to each other. This could commence with entering the chat rooms on a particular website, where newcomers have the opportunity to introduce themselves to a cross-section of other site users. Here they can get involved in group discussions or connect with individuals for some more meaningful interaction. This certainly doesn’t need to be done on a one-to-one basis either. Dating sites offer the flexibility to chat with multiple potential partners, allowing individuals to create a shortlist that they can narrow down at their convenience.

There could be any number of reasons why some struggle with social interaction. Many people are shy or awkward in a company and would sooner remain single than face the seemingly insurmountable hurdle of going to crowded meeting places to get involved in flirty conversations with strangers. People who might be disabled in some way might also be less assertive when it comes to introducing themselves to a company. Dating sites provide a level playing field where everybody is far less likely to come across prejudiced. Because you will be interacting within a pool comprised of people sharing your cultural background or gender orientation, it is far more likely that the other site users will go out of their way to make you feel at home. Online correspondence will flow naturally.

When relationships break up, and there are children involved, this can often lead to feelings of loneliness for either the father who is now estranged from his family, or the mother who may have been left to bring up her offspring alone. If young children are involved, this will severely curtail any further opportunities to socialize. This is another scenario where online dating would provide an ideal solution. The virtual atmosphere may not be the same as interacting within a friendship circle on a face-to-face basis, but it can certainly alleviate feelings of loneliness. Furthermore, every chance that any of the relationships forged in the online environment could lead to something more substantial.

The LGBT community has faced more than its fair share of denigration and bullying at the hands of the less-enlightened members of society. Despite United Nations human rights legislation that has been in force for some time, homophobia persists, especially in religious neighborhoods in countries outside the developed world. But because dating online is such a popular activity, many websites have sprung up, catering to individuals from diverse backgrounds. Anyone within the LGBT community who has ever felt marginalized now has a choice of platforms where they can interact with kindred spirits, safe knowing that they are so much less likely to face ignorance or bullying.