Online casinos and the growth of technology 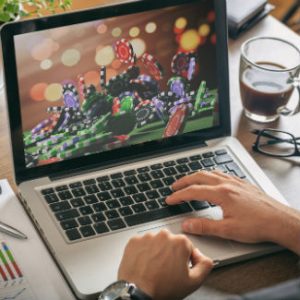 From the very first slot, Liberty Bell, invented at the turn of the 20th century, one thing more than any other has influenced the development of the slots industry; technology. From the first electrical rather than mechanical slots, to linked progressive jackpot games and to the current era of online slot gaming, the advances made in technology over the years has shaped the games that people now play.

Of course, it is not just casino games that have altered. The casinos themselves now have as great and as important a presence online, as they do in the real world. Sites like gamblexpert.com are a great source for finding the best online casinos, as well as details about the games they offer, but what have been some of the more recent technological advances that have shaped the online casino industry into what it is today?

The Modern Technology That Shaped the Online Casinos of Today

There is no doubt that it was the development of the Internet in the 1990s that first facilitated the online casino gaming boom. Microgaming were the first company to bring an online casino to wider attention with their first casino software in 1994. Since then the industry has flourished and as Internet access has improved in terms of speed and the development of WiFi and broadband technology, casinos and the games they can offer have only grown in size and complexity.

Initially, the infrastructure for online casinos was based predominantly on wired connections, however when the mobile revolution started, many casinos realised that much of their software was not set up to facilitate play from mobile devices, chiefly due to the programming language used to develop the games.

This then brought about the second big evolution in technology powering online casino games which was the development of HTML5 as the notion of mobile gaming gained traction.

Why was HTML5 So Important for Online Casinos?

By the mid 2000s, the move away from desktop-based gaming was already in progress and mobile technology was starting to take hold. While some games could successfully be ported across to mobile, many casino site owners discovered that many popular titles could not. What was required was a uniform, industry-wide accepted programming language that could be used across different types of mobile technology, as well as desktop gaming.

That was HTML5 and its genius is that it gives users a universal experience across the full range of modern devices. The language is not specific to one device, browser or game and the fact it has been specifically designed for mobile technology means that developers can now create more media-rich elements in their gaming, improving the quality of slot games.

For the end user, that means mobile customers can now benefit from a wealth of improvements. Games can be more intricate in terms of the graphics, animations and sound used on them because coders can simply include those elements without having to use a third-party plug in or API.

Not only that, modern slot games can also include a raft of other features, such as progressive jackpot, bonus games, multipliers, wilds and such like and developers will know that using HTML5 will give their newly created slot the widest audience possible.

HTML5 has provided the foundation upon which the modern online slots industry is now built. The fact it is cross-platform and easily accessible by a number of different means, ensures not only that people can access online casinos, but also the games they offer across a wide range of devices.

The relationship between improving tech and online casinos is undeniable, one drives the other and the exciting prospect for many casino players, is that we are only seeing the beginning of what is possible.