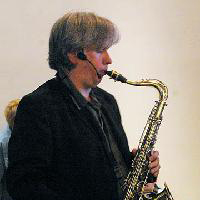 It’s October.  The pumpkins are ripe. And color is coming to the mountains. Richard Adams is ready to celebrate.  The Richard Adams’ Variety Show joins the Fall Foliage Festival with his own Oktoberfest at WTA’s Gateway, 329 West Main in Downtown Waynesboro.  He has gathered an Oom Pah Band and a special rendition of Die Drie Kleinen Schweinchen.  Join him at 7:30pm on Friday, October 4. Feel free to don your lederhosen and dirndles and join the fun. Or come as you are.

Joining Richard’s Oktoberfest Express will be Rhythm Road’s German section with Jim Harrington, Buddy Thomas, and Chris Wray playing your favorite German oom Pah tunes and Waltzes.  Frau Dee von Lohr will add a touch of authenticity with her rendering of the universal story of the three pigs.

Also on the program will be High School Superstar songwriters Katherine McLean and Jake Sweet.  Each will premiere some of their original songs that befit the season.  Eleven-year old Sophie Suleski will dazzle the audience with her German tap dancing routines.

The Oktoberfest will complete its seasonal offering with a set of audience participation segments that only Richard Adams could create.  Take your chances by being his guest in  “You Can Be a German Comedian” “You Can Be the German Weather Guy” or  “You Can be on a German Talk Show.”  You may win one of Richard’s unusual prizes.

Co-hosting with Richard Adams will be his preeminent sidekick, Herr Wilhelm Martin who has give up his political candidacy to give his all to the Richard Adams Variety Show Oktoberfest.

The RAVS’ Oktoberfest is at 7:30pm at WTA’s Gateway, 329 W Main St., Waynesboro.  Doors open at 7 pm.  Tickets are $9.99 in advance and $12 on the day of performance.  They may be purchased online at www.wtagateway or by calling the box office 540-943-9999.  Remaining tickets will be available on the night of the performance.